India and Pakistan are all set to lock horns in the World Cup 2019 league stage encounter at Old Trafford in Manchester on Sunday. 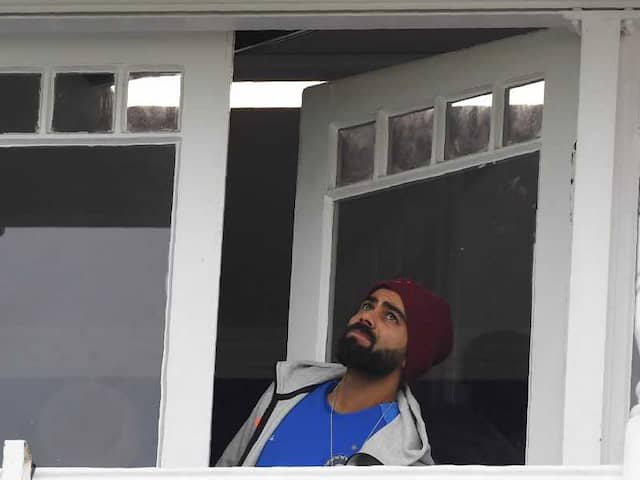 Rain could play spoilsport on Sunday like it has been in four of the World Cup matches so far.© AFP

India and Pakistan are all set to lock horns in the World Cup 2019 league stage encounter at Old Trafford in Manchester on Sunday. As the cricket fans eagerly look forward to the clash between the arch-rivals, former Pakistan pacer Shoaib Akhtar has put a bit of a dampener on things by saying that rain may reign supreme in the much-awaited World Cup tie. Akhtar tweeted a photo where India skipper Virat Kohli and his Pakistan counterpart Sarfaraz Ahmed are swimming their way to the pavilion after toss with the experts standing on a boat. Yuvraj Singh, known to have a good sense of humour, retweeted the pic.

Rain could play spoilsport on Sunday like it has been in four of the World Cup matches so far.

Predictions are that it will be overcast throughout the day, with rainfall expected as the day progresses.

India and Pakistan will be meeting for the seventh time in a World Cup on Sunday. On all the six previous occasions, the Men in Blue have turned victorious.

The ICC has said in a statement that it will be a logistical mayhem to keep reserve days for games in the group stage.

"Factoring in a reserve day for every match at the World Cup would significantly increase the length of the tournament and practically would be extremely complex to deliver," ICC Chief Executive David Richardson had said in a statement a few days back.

"It would impact pitch preparation, team recovery and travel days, accommodation and venue availability, tournament staffing, volunteer and match officials' availability, broadcast logistics and very importantly, the spectators who in some instances travel hours to be at the game. There is also no guarantee that the reserve day would be free from rain either.

"Up to 1,200 people are on site to deliver a match and everything associated with it, including getting it broadcast, and a proportion of them are moving around the country. So reserve days in the group stages would require a significant uplift in the number of staff," he added.

Pakistan Cricket Team World Cup 2019 Cricket India vs Pakistan, Match 22
Get the latest Cricket news, check out the India cricket schedule, Cricket live score . Like us on Facebook or follow us on Twitter for more sports updates. You can also download the NDTV Cricket app for Android or iOS.