India will be through to the World Cup 2019 final if the match is called off on the reserve day because of their higher position on the points table. 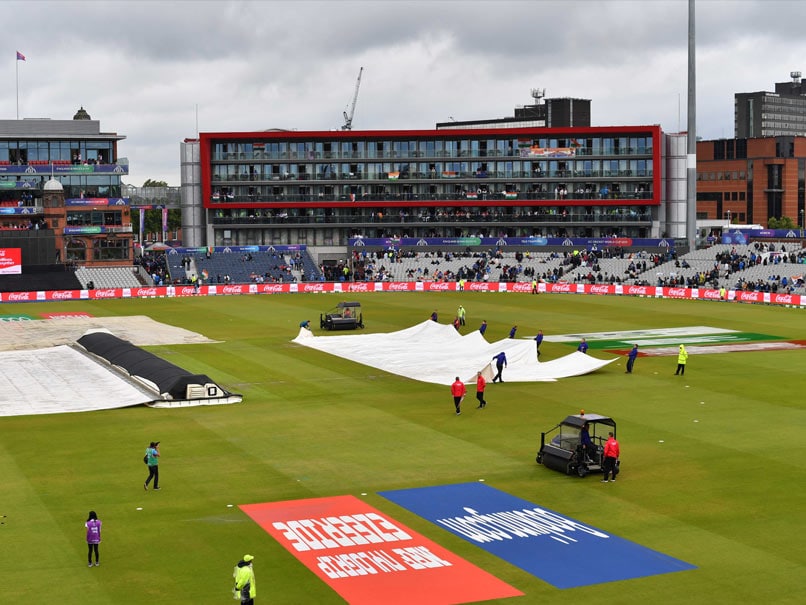 The World Cup semi-final was hit by rain at around 6:30 pm IST on Tuesday.© AFP

The first World Cup 2019 semi-final between India and New Zealand in Manchester was suspended due to rain on Tuesday. Play will continue on the reserve day, on Wednesday, with New Zealand set to resume their innings at 211/5 in 46.1 overs. As per reports in the media, there is no chance of rain in Manchester. We might see a full game between India and New Zealand on the reserve day of the first semi-final. However, at 5 pm IST, rain is expected to hit Old Trafford but should ease a bit between 6 to 8 pm. It is expected to return from 9 pm to 11 pm IST with chances of play getting affected on multiple occasions.

On Tuesday, the India vs New Zealand World Cup semi-final was hit by rain at around 6:30 pm IST. Heavy rain continued for four hours, leaving massive puddles on the outfield and the in the end causing play to be deferred.

The rain did ease at around 10:20 pm IST with an inspection being scheduled for 10:40 pm. The match officials were also seen coming out on field to check the conditions of the outfield.

But before the inspection could take place, the drizzle returned, with the play being finally suspended for the day.

If the match is not completed on Wednesday (reserve day), India will be through to the final due to their higher league-stage position.

Old Trafford, Manchester World Cup 2019 Cricket India vs New Zealand, 1st Semi Final
Get the latest updates on Fifa Worldcup 2022 and check out  Fifa World Cup Schedule, Stats and Live Cricket Score. Like us on Facebook or follow us on Twitter for more sports updates. You can also download the NDTV Cricket app for Android or iOS.