Ravindra Jadeja's brilliance in the field helped India to restrict New Zealand to 239 runs in the World Cup semi-final. 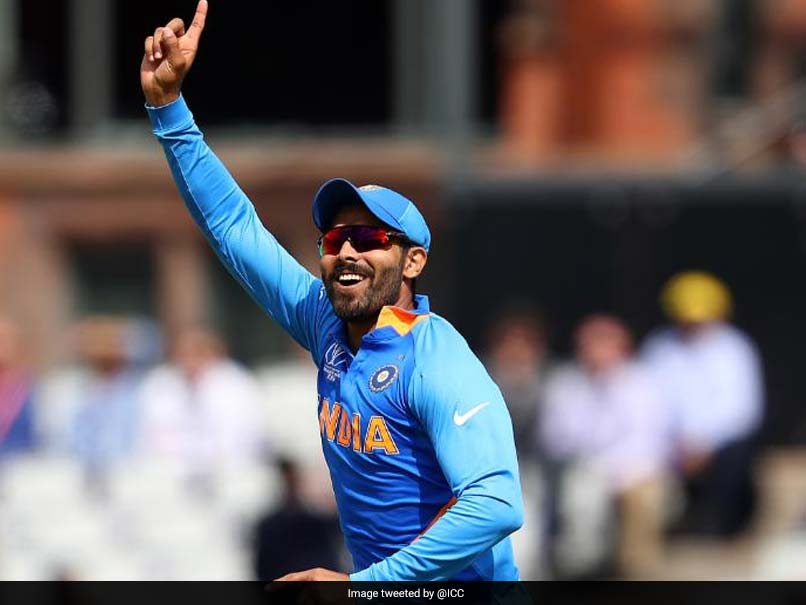 Ravindra Jadeja has been exceptional in the field for India in the World Cup 2019.© AFP

India's World Cup 2019 semi-final match against New Zealand resumed from where it was suspended on Tuesday at Old Trafford in Manchester. New Zealand were 211 for five when they came out to bat on Wednesday on the reserve day. Ross Taylor and Tom Latham failed to find the fence and they decided to look for quick runs by running hard between the wickets. In the 49th over, Tom Latham tried to clear the field on the leg side off Bhuvneshwar Kumar's bowling, but he found Ravindra Jadeja in the deep who took an exceptional catch to remove the left-hander.

Here's the video of the catch:

Also, in the 48th over, when Taylor was looking for two runs and Ravindra Jadeja came running in from the deep and struck a direct-hit to send Taylor back for 74. These two wickets affected New Zealand's total.

Ravindra Jadeja did not feature in the first eight games for India in this World Cup. However, his contribution in the field has been instrumental in India's success in the league stage of the showpiece event.

The 30-year-old all-rounder has managed to save 41 runs in the ongoing World Cup 2019 so far, which is the most by any fielder in the tournament. The second best in the list is Martin Guptill who has saved 34 runs.

For India, Bhuvneshwar Kumar was the pick of the bowlers. He returned with figures of three for 43 in his 10 overs. Jasprit Bumrah, Ravindra Jadeja, Hardik Pandya and Yuzvendra Chahal also chipped in with one wicket each. New Zealand's innings ended at 239 for eight in their 50 overs.

Ravindra Jadeja World Cup 2019 Cricket India vs New Zealand, 1st Semi Final
Get the latest updates on IPL 2021, check out the IPL 2021 Schedule and Indian Premier League Live Score . Like us on Facebook or follow us on Twitter for more sports updates. You can also download the NDTV Cricket app for Android or iOS.