Rain dampened the hopes of spectators and fans waiting eagerly all around the world for the India vs New Zealand World Cup 2019 match to start. 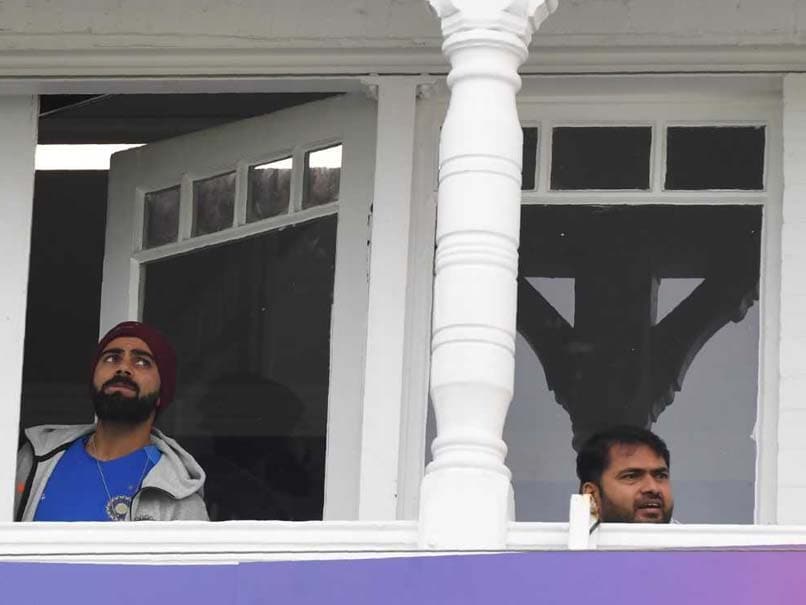 Rain shattered the hopes of spectators at Trent Bridge© AFP

Rain shattered the hopes of spectators at Trent Bridge and fans all around the world as the match between India and New Zealand World Cup 2019 clash continued to be delayed due to incessant rain. From drizzle to heavy rain, Nottingham witnessed it all, in a matter of few hours as the covers kept coming on and off which also affected the outfield. Fans vented their frustration on social media with their tweets while others created some funny memes, turning Twitter into a fun fest.

@BCCI disappointment for all Indian fan due to weather..#ind VS nz pic.twitter.com/Ne28xgpjfr

Fans : Worst WC ever. ICC should have focused more on management.

Exclusive pic of #Cricket fans around the world waiting for the match to start. #CWC2019 #IndvsNZ pic.twitter.com/dqdJxB7tOc

According to some reports and live telecast, fans were also seen leaving the ground as rain continued to play a spoilsport.

World Cup 2019 has already seen two matches been washed out due to rain and a third being abandoned. Clouds of uncertainty hovered over the start of the India vs New Zealand clash.

Both India and New Zealand are currently unbeaten in the World Cup 2019, with the latter leading the points table with three wins from as many matches.

New Zealand, runners-up of 2015 World Cup, had won their previous matches against Sri Lanka, Bangladesh and Afghanistan while India won against South Africa and holders Australia.

New Zealand Cricket Team World Cup 2019 Cricket
Get the latest updates on Olympics 2020, Olympics 2020 Medal Tally, Live Cricket Score . Like us on Facebook or follow us on Twitter for more sports updates. You can also download the NDTV Cricket app for Android or iOS.