World Cup Semi-Final: "Where Is Dhoni?" Fans Ask As MS Dhoni Does Not Come In To Bat Early 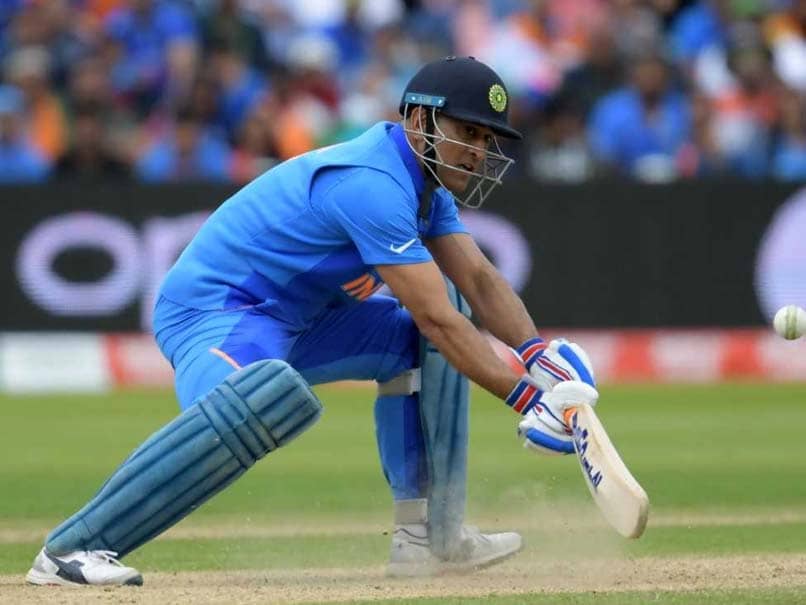 MS Dhoni came in to bat at number seven in the World Cup 2019 semi-final.© AFP

MS Dhoni has been criticised a lot during the ongoing World Cup 2019 for his cautious approach in the middle overs. However, on Wednesday, during India's World Cup semi-final match against New Zealand when the team was in trouble, fans took to Twitter and started asking "Where is Dhoni?" In the match at Old Trafford in Manchester, Team India were asked to chase a target of 240 in 50 overs but fell short by 18 runs. India lost three quick wickets with Rohit Sharma, Virat Kohli and KL Rahul all fell for one.

After the third wicket, when Dinesh Karthik came out to bat, cricket fans flooded Twitter with questions asking where Dhoni was and why the former India captain has not come out to bat.

Indian fans in League Matches:
Dhoni should retire.
Same in Semi Final:
Where is Dhoni? He can win game for us.
Double Standards.#INDvsNZ #CWC19

All these matches.. Y Dhoni? Now ppl r asking where is Dhoni?

Those who were criticising Dhoni for his performance now asking where is Dhoni? Why he is not coming for batting. Please stop this bull shit ' MSD will win this match for india#NZvIND

Earlier in the match, New Zealand came out to complete their innings that was halted due to rain on Tuesday. New Zealand managed to stretch their overnight score of 211 for five to 239 for eight at the end of 50 overs.

For New Zealand, Matt Henry removed the leading run-scorer Rohit Sharma for one and in the next over Trent Boult dismissed India captain Virat Kohli. Henry then removed KL Rahul to leave India behind in the all-important semi-final clash. Dinesh Karthik and Rishabh Pant did try to steady the innings but James Neesham took a blinder to end their small partnership and put New Zealand on top of the game.

MS Dhoni World Cup 2019 India vs New Zealand, 1st Semi Final Cricket
Get the latest updates on India vs England Series, India vs England , live score and IPL 2021 Auction . Like us on Facebook or follow us on Twitter for more sports updates. You can also download the NDTV Cricket app for Android or iOS.