India and New Zealand will battle it out for a place in World Cup 2019 final. 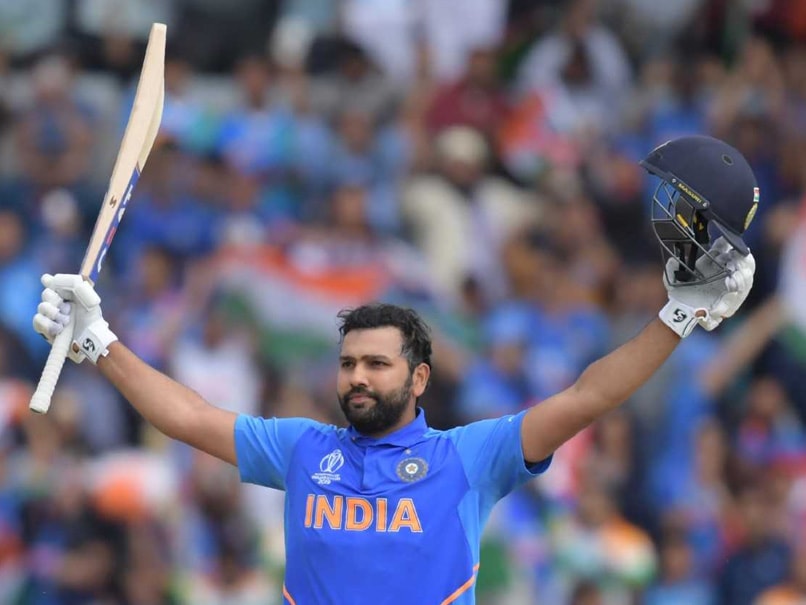 Rohit Sharma is one batsman who has impressed one-and-all with his breathtaking performances in World Cup 2019. He has already entered the record books for scoring five centuries in one World Cup and is looking well set to break a couple of more records of Indian batting legend Sachin Tendulkar. Rohit's exceptional performance has found him another admirer in New Zealand skipper Kane Williamson who declared him as the "standout batsman in this tournament".

"Rohit has been the standout batsman in this tournament so far. Without a doubt, he has been superb in this World Cup," Williamson told reporters in the pre-match conference.

Rohit has 647 runs in the tournament so far and the batsman has five centuries. The right-handed batsman recently broke the record for scoring the most number of centuries in a single edition of the World Cup.

Williamson and Indian skipper Virat Kohli led their teams in the semi-final of the under-19 Cricket World Cup in 2008. In the match, India came out triumphant, and Kohli was also able to dismiss Williamson.

The New Zealand skipper said that it's special to have come so far. He even took a cheeky jibe at Kohli saying the player used to be an all-rounder back then.

"I hadn't thought about it at all. It's pretty special to lead your country on such a big stage. Its a really exciting opportunity. Virat used to be an all-rounder back then. He doesn't ball that often now," Williamson said.

The New Zealand bowling attack has been springing good performances and their pacer Trent Boult has been in exceptional form.

Williamson believes that the bowling attack has adjusted to the pitch conditions very easily in the World Cup, but he was also wary of the Indian bowling attack.

"Our bowling attack has performed really well. They have assessed the conditions as quickly as possible. We need to be our best in the semi-final. The Indian team also has an outstanding attack. They have a balanced team," Williamson said.

Williamson praised Kohli, saying that the player was a formidable one in the U-19 World Cup as well.

"Virat at that tournament (U-19 World Cup) was also a formidable player. We have played each other on numerous occasions. It has been a pleasure watching Virat evolve and become such a great player," Williamson said.

For New Zealand, only Williamson has managed to spring consistent performances. Opener Martin Guptill has failed to score big runs. But Williamson said that it will be a fresh start for everyone in the semi-final against India.

"It will be a fresh start for each player in our team tomorrow. We will try to adapt as quickly as we can. Our bowlers have done well in the tournament. India are a successful side and they bring a lot to the sport," Williamson said.

New Zealand finished at the fourth spot in the group stages with 11 points from nine matches. The side was just able to edge out Pakistan on the basis of net run-rate.

Williamson said that the team deserves to play in the semi-finals and the side would try to put their best performance in the match against India.

"We finished in the top four and we deserve to play the semi-final. We will try to adapt to the situation and it doesn't matter whether we are underdogs or not. I haven''t seen the pitch. We have to wait and see how the surface changes," Williamson said.

The match between India and New Zealand in the group stage was washed out due to rain.

India finished at the top position in the group stage as the team had 15 points from nine matches.

Old Trafford, Manchester World Cup 2019 Cricket India vs New Zealand, 1st Semi Final
Get the latest updates on ICC T20 Worldcup 2022, check out the Schedule and Live Score. Like us on Facebook or follow us on Twitter for more sports updates. You can also download the NDTV Cricket app for Android or iOS.