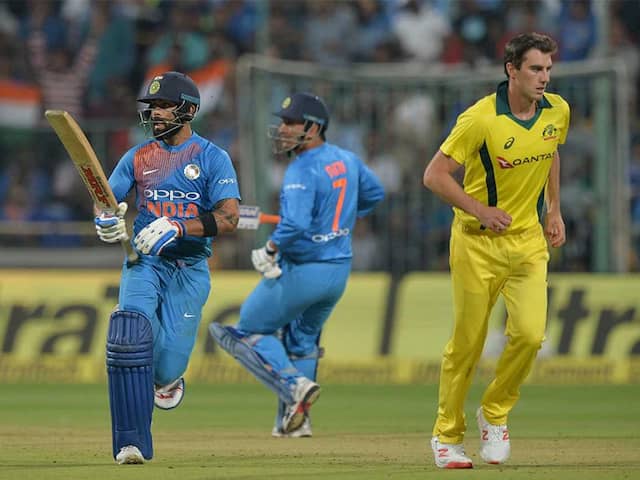 India and Australia are set to resume one of the greatest rivalries of the sport in the World Cup 2019 clash at the Kennington Oval in London on Sunday. India, late starters in the World Cup 2019, got their campaign underway with a comprehensive victory over a depleted South African side. But the clash against Australia will be far more intense and will see some of the key battles among the rival players. Among them the face-off between India skipper Virat Kohli and Australia's pace spearhead Mitchell Starc will top the list. While Jasprit Bumrah will be rake up against David Warner and Steve Smith in the much-anticipated clash. The defending champions and most successful team in the World Cup will also be high on confidence after registering two victories on the trot.

In what is expected to be a flat, batting-friendly wicket at Kennington Oval, a balanced India side might not experiment with their playing XI as Virat Kohli will look to retain his same team from the previous match.

Rohit Sharma, Virat Kohli, MS Dhoni, KL Rahul will look to exploit the conditions against a fiery Australia pace-attack which will have plenty of pace and bounce on display. It will also be a major test of nerves for India's top batsmen against a formidable Australia bowling attack.

Shikhar Dhawan, however, will in the thick of things and look to make a mark in the all-important clash.

Coulter-Nile might be replaced by Kane Richardson, who is still to get a game in the World Cup 2019.