Rashid Khan went for 110 runs off nine overs in the match with England. 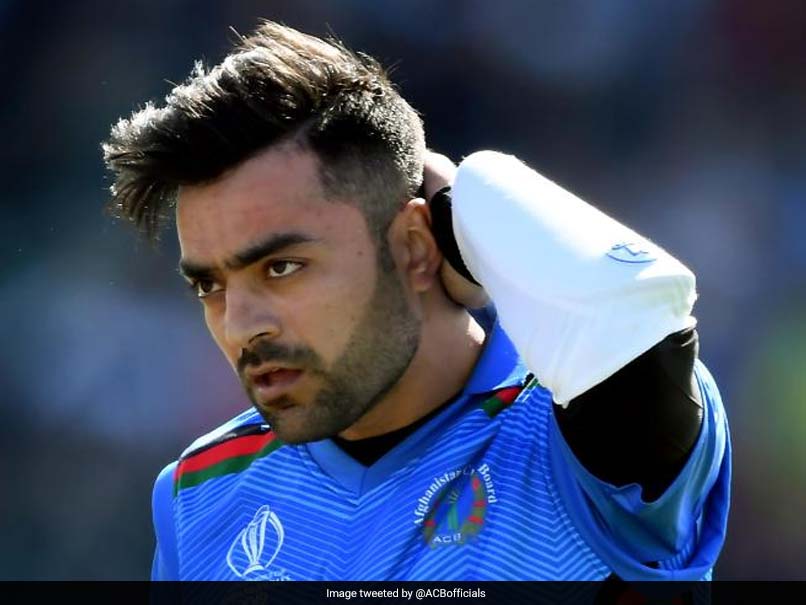 Rashid Khan is confident of an improved show against India.© Twitter

Rashid Khan became a subject of mockery for social media trolls after he conceded 110 runs in nine overs during a World Cup 2019 match against England in Manchester on Tuesday. With this, the 20-year-old leg-spinner became the most expensive bowler in the history of the World Cup and second-most in the One-day International (ODI) cricket. However, Rashid Khan is confident of an improved show when Afghanistan face India, who have been unbeaten in the World Cup 2019 so far, at the Rose Bowl in Southampton on Saturday.

"I am not thinking too much about that match. People forget 10 good days and conveniently remember that one particular bad day. They don't like to remember what Rashid did on previous 10 days," he added.

Rashid is the world number three bowler in ODIs and tops the T20 chart.

"I would focus on the mistakes I committed in that match and rectify those in the coming matches. No point thinking about the criticism. I need to keep things simple," added the 20-year-old, putting up a brave front.

Asked if his relationship with skipper Gulbadin Naib has strained for voicing his displeasure at change of captaincy, Rashid said, "Neither do I play for Gulbadin nor for the cricket board (ACB) but for Afghanistan".

Rashid and Afghanistan's other superstar Mohammed Nabi had raised objections when Gulbadin replaced Asghar Afghan as the skipper for the World Cup, something that didn't go well with the country's cricket board.

"I think there is no problem in my relationship with Gulbadin. I support him as much as I did when Asghar was the captain. If I supported Asghar 50 per cent on the field, Gulbadin has my 100 per cent support," he said.

Rashid acknowledged that not playing enough games against big teams has been a huge factor for the Afghans.

"Actually, we haven't played a lot against teams like Australia and England and that pressure is also there. In a stage like World cup, suddenly the pressure increases manifold when you play against big sides and that can affect the performance," Rashid reasoned.

"This is the first time, we played South Africa in an ODI. We played New Zealand and Australia after 2015 World Cup. If you play a team once in four years, you are bound to face problems. As players, we understood we need to work harder."

Rashid accepted that Afghanistan need to work on their bowling.

The Rose Bowl, Southampton Cricket India vs Afghanistan, Match 28
Get the latest updates on IPL 2021, IPL Points Table , IPL Schedule 2021 , live score . Like us on Facebook or follow us on Twitter for more sports updates. You can also download the NDTV Cricket app for Android or iOS.