2019 World Cup: Points Table, West Indies chased down the target in 13.4 overs against Pakistan to secure top position with a net run-rate of +5.802. 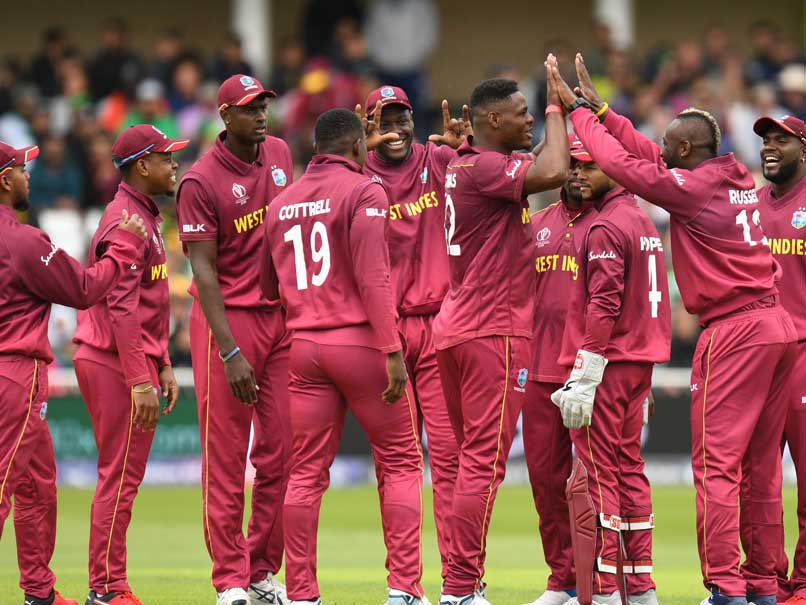 World Cup 2019, which was carded as a high-scoring one, has witnessed only hosts England score above 300 with some teams finding the going extremely hard with the bat in hand in the first four matches of the tournament. England started their bid to clinch a maiden title with a comprehensive 104-run victory over South Africa. However, they lost their top position in the World Cup 2019 points table to West Indies, who chased down the 106-run target in 13.4 overs against Pakistan to secure an impressive net run-rate of +5.802.

In a similar fashion, New Zealand handed Sri Lanka a 10-wicket defeat inside 16.1 overs after bowling them out for paltry 136 runs. They are placed second in the World Cup points table after the resounding win.

Later in the day on Saturday, Australia registered a seven-wicket victory against Afghanistan. Afghanistan dug deep to manage 207 runs before being bowled out in 38.2 overs, though Australia chased down the target in 34.5 to secure fourth palace in the points table.

India are yet to register a point, having still not played a match in World Cup 2019. Virat Kohli's team begin their campaign against South Africa on June 2.

David Warner, who top-scored in Australia's win, is the joint-highest run-scorer with England's Ben Stokes at 89 runs.

New Zealand opener Martin Guptill is third in the list with 73 runs with his partner Colin Munro sixth with 58 runs.

South Africa wicket-keeper Quinton de Kock, despite his team's loss to England, is in fourth place in the top-scorers' list with 68 runs.

Pakistan Cricket Team World Cup 2019 Cricket
Get the latest updates on Fifa Worldcup 2022 and check out  Fifa World Cup Schedule, Stats and Live Cricket Score. Like us on Facebook or follow us on Twitter for more sports updates. You can also download the NDTV Cricket app for Android or iOS.