Watch: This Player Is Team India's Worst Dancer According To Rohit Sharma

Team India's star all-rounder Hardik Pandya who is known for his flamboyance on and off the field received the "worst dancer" tag from Rohit Sharma. 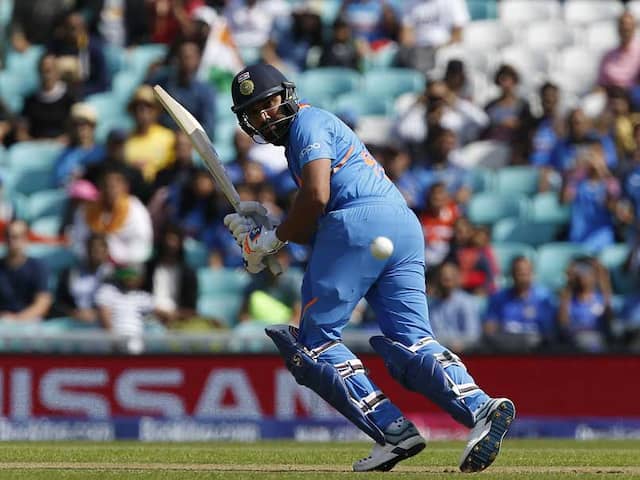 Rohit Sharma, who is famous for his elegant strokes, proved how elegant he is off the field. The International Cricket Council (ICC) tweeted a video of India vice-captain where he could be seen revealing some secret behaviours of his teammates. Team India's star all-rounder Hardik Pandya, who is known for his flamboyance on and off the field, received the "worst dancer" tag from his Mumbai Indians captain. Rohit didn't stop there, when asked which teammate loves selfies the most, he once again named Hardik.

Rohit Sharma dishes the dirt on his teammates.
They don't call him The Hitman for nothing pic.twitter.com/PUPsn56Xhx

Hardik's name popped once again when Rohit was asked which player googles himself the most.

Rohit named his batting partner Shikhar Dhawan as the "worst roommate" because of his untidiness.

Not just players but support staff members also got under the scanner of Virat Kohli's deputy.

There were a few moments of embarrassment for Rohit as well when he honestly took his name and revealed some of his secrets. One that stood out was that he admitted to being "grumpiest in the morning".

Indian players are currently in England to participate in World Cup 2019. In the first warm-up game, ahead of the mega event, India suffered a humiliating defeat against New Zealand.

India will face Bangladesh in their second warm-up game before they start their World Cup 2019 campaign against South Africa on June 5.

Shikhar Dhawan World Cup 2019 Cricket
Get the latest Cricket news, check out the India cricket schedule, Cricket live score . Like us on Facebook or follow us on Twitter for more sports updates. You can also download the NDTV Cricket app for Android or iOS.