KL Rahul and Hardik Pandya have recovered well from the criticism they received as the duo did well for their respective franchises. 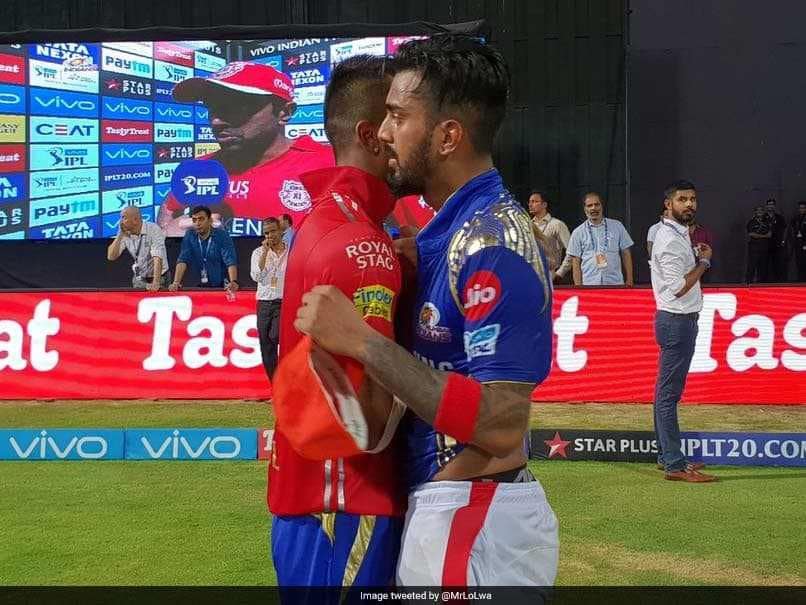 Hardik Pandya and KL Rahul's camaraderie has become a topic much discussed.© Twitter

Hardik Pandya and KL Rahul's camaraderie has become a topic much discussed on social media after their controversial appearance on a television show. From taking sly digs to trolling the World Cup 2019 bound duo, fans have done it all. Twitterati's got another chance to get their voices heard after Mumbai Indians all-rounder Hardik Pandya collected Kings XI Punjab's (KXIP) opener KL Rahul's award for the most stylish player on the IPL 2019 final night, in the latter's absence.

Have a look at how the fans reacted here:

Hardik Pandya taking award on behalf of KL Rahul... Life has its own ways of humour

So, Hardik Pandya collects the 'Stylish player of the Season' for his coffee buddy KL Rahul. What a moment! #IPL2019 #IPLFinal2019

Hardik Pandya collecting the award on behalf of KL Rahul and Diana Edulji is clapping with a smile on her face.

KL Rahul and Hardik Pandya have recovered well from the criticism they received as the duo did well for their respective franchises in the IPL 2019.

Rahul finished as the second highest runs scorer in the season, scoring 593 runs at an average of 53.90.

Pandya, who was one of the most valuable player in the season, scored 402 runs and scalped 14 wickets.

Among the others, Windies all-rounder Andre Russell, who had a brilliant season for Kolkata Knight Riders (KKR), received the awards for the most valuable player and super striker of the season.

Young Shubman Gill, who made a mark while opening for the Kolkata outfit bagged the emerging player of the season while Kieron Pollard took home the perfect catch of the season award.

Lokesh Rahul IPL 2019 Cricket
Get the latest updates on IPL Auction 2023 and check out  IPL 2023 and Live Cricket Score. Like us on Facebook or follow us on Twitter for more sports updates. You can also download the NDTV Cricket app for Android or iOS.