Rohit Sharma became the most successful captain in the history of IPL on Sunday. 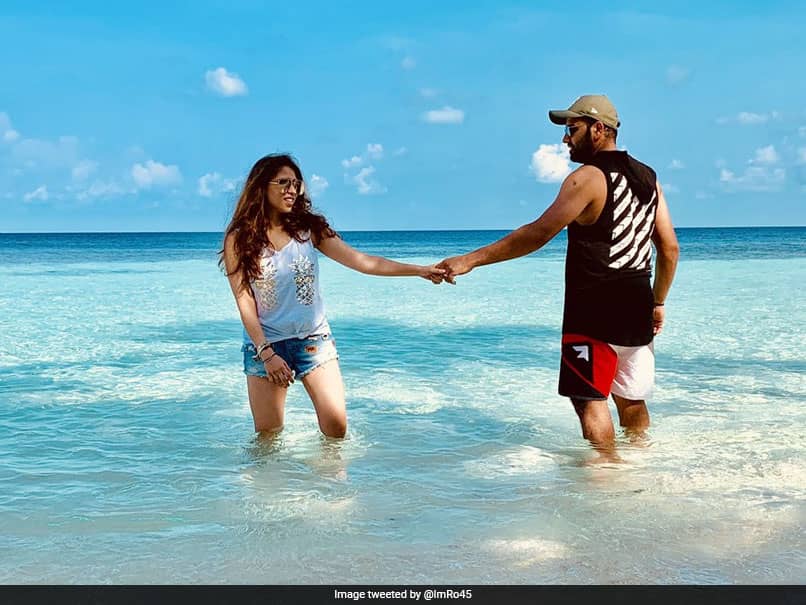 Rohit Sharma shared some pictures from his trip to the Maldives.© Twitter @ImRo45

Rohit Sharma, who led Mumbai Indians to their record fourth Indian Premier League (IPL) title in Hyderabad last Sunday, took some down time before flying out to participate in World Cup 2019, starting on May 30 in England and Wales. Rohit Sharma took to Instagram to share some pictures from his trip to the Maldives. The Indian vice-captain, who has been a busy man in the last few months, spent some quality time with his family, including his wife Ritika Sajdeh and daughter Samaria. "Partner in crime for life never as zen as I am here in this part of the world. Perfect gateway," Rohit Sharma captioned one of the pictures.

Partner in crime for life never as zen as I am here in this part of the world. Perfect gateway #WMaldives. P.C - @chunkymathew

Kinda night you want after all the mayhem

The best thing to hold onto in life @ritssajdeh pic.twitter.com/EjBeNxzvKn

Lasith Malinga kept his nerve with the final delivery as Mumbai Indians beat Chennai Super Kings by one run as Rohit Sharma became the most successful captain in the history of the Indian T20 league.

Mumbai Indians won the IPL in 2013 and 2015 - both against Chennai Super Kings - and again in 2017 when they beat Rising Pune Supergiant by one run.

Rohit Sharma has been a vital cog in India's limited overs set-up in the last few years and he is expected to replicate his stellar performances in the upcoming World Cup 2019.

His illustrious ODI career consists of 22 centuries and 41 fifties.

Moreover, Rohit Sharma is the only man to score three double centuries in ODIs.

Indian cricket fans will be hoping that the explosive opening pair of Rohit Sharma and Shikhar Dhawan will on England pitches as Virat Kohli's unit start their campaign against South Africa on June 5.

Rohit Sharma
Get the latest updates on IPL 2020, check out the IPL Schedule for 2020 and Indian Premier League (IPL) Cricket live score . Like us on Facebook or follow us on Twitter for more sports updates. You can also download the NDTV Cricket app for Android or iOS.