England's Barmy Army has already fired the first shots at their arch-rivals with a brutal pot shot on Twitter. 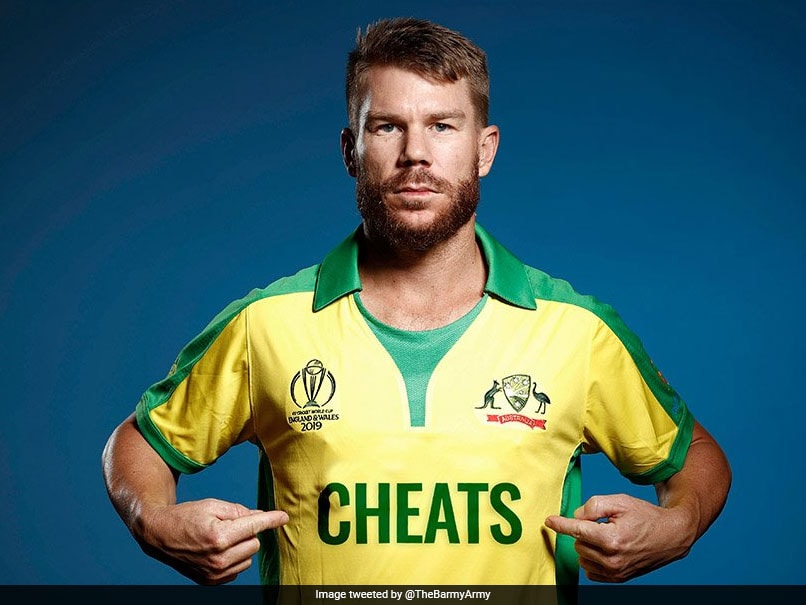 David Warner and Steve Smith, who were banned for a year by Cricket Australia because of their involvement in the infamous ball-tampering scandal in South Africa, will be travelling to England to participate in the upcoming cricket World Cup. For the Australian cricket team, a trip to England is never easy, and the visit for the World Cup, followed by an Ashes Test series, is shaping up to be even more challenging than usual. England's Barmy Army has already fired the first shots at their arch-rivals with a brutal pot shot on Twitter. They doctored an image of David Warner's official World Cup player portrait, replacing "Australia" on the front of his shirt with "Cheats". They also photo-shopped Mitchell Starc and Nathan Lyon holding sandpaper. "@cricketcomau release their #CWC19 player portraits!" Barmy Army's post read.

"We're ready for it," Langer said on Thursday.

"If we're under siege the second we get off the plane, we're ready for it.

"The World Cup might be a bit different to start off, but certainly once the Ashes kicks off there will be plenty of commentary."

Warner returned to the Australian team this week after prolific form at the Indian Premier League, while Smith stroked an unbeaten 89 in Brisbane against a New Zealand XI on Wednesday.

Steven Smith World Cup 2019 Cricket Justin Langer
Get the latest updates on ICC T20 Worldcup 2022 and CWG 2022 check out the Schedule, Live Score and Medals Tally. Like us on Facebook or follow us on Twitter for more sports updates. You can also download the NDTV Cricket app for Android or iOS.