Steve Smith and David Warner rejoined the Australian squad after their one-year bans. 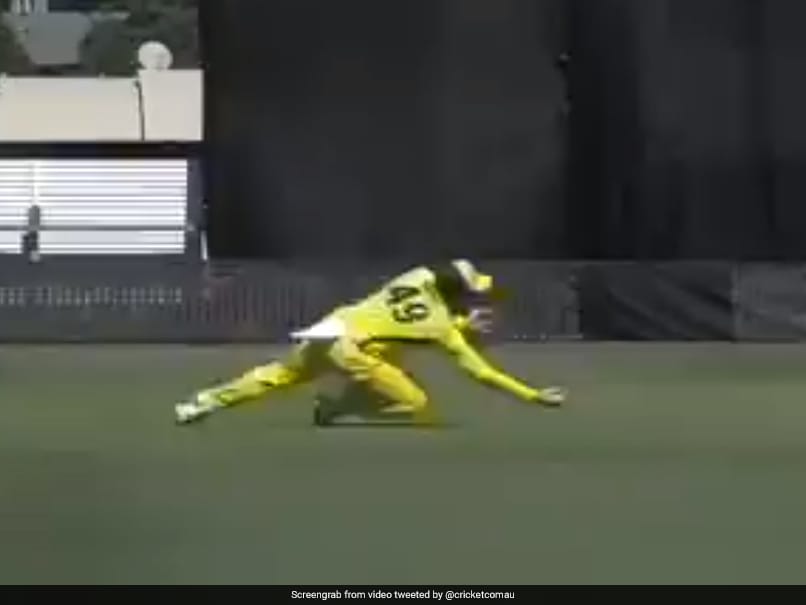 Steve Smith and David Warner made their first appearance in Australia colours since the infamous ball-tampering scandal in South Africa last year. Both players were welcomed back to the Australian team when they joined a pre-World Cup camp, in Brisbane on Sunday after serving one-year bans for their involvement in the ball-tampering scandal. While David Warner set IPL 2019 on fire, Steve Smith struggled in the early stages but found form towards the end. Both players were included the Australia's World Cup 2019 warm-up against New Zealand XI with Steve Smith making an instant impact.

In the New Zealand XI's innings, Tom Latham was dismissed by Jason Behrendorff in the 33rd over but all credit for the wicket went to Steve Smith, who brilliantly dived forward to complete a stunning one-handed catch.

Here is a clip of Steve Smith's brilliant catch:

WHAT A CATCH! Steve Smith has still got it! pic.twitter.com/WWM280MEiy

Skipper Aaron Finch won the toss and elected to bowl, with Smith and Warner picked for the first time since serving year-long bans for their part in the "Sandpaper-gate" ball-tampering scandal in Cape Town that rocked Australian cricket.

Pat Cummins grabbed two wickets in his first over before a New Zealand XI recovered to make 215 in the warm-up match on Monday.

A weakened New Zealand, missing Kane Williamson, Martin Guptill and Trent Boult, who remain on IPL 2019 duties, were on the ropes after their horror start.

But Tom Blundell led a fightback and top scored with 77 before they were all out after 46.1 overs.

Cummins ended with 3-36 off eight overs as Australia warm up for the defence of their World Cup title in England. Nathan Coulter-Nile and Jason Behrendorff also took three apiece.

David Warner IPL 2019 Cricket World Cup 2019
Get the latest updates on India vs South Africa and check out  Schedule, Results and Live Score. Like us on Facebook or follow us on Twitter for more sports updates. You can also download the NDTV Cricket app for Android or iOS.