Fans are asking MS Dhoni to stick around with the team after India's loss against New Zealand in the World Cup 2019 semi-final. 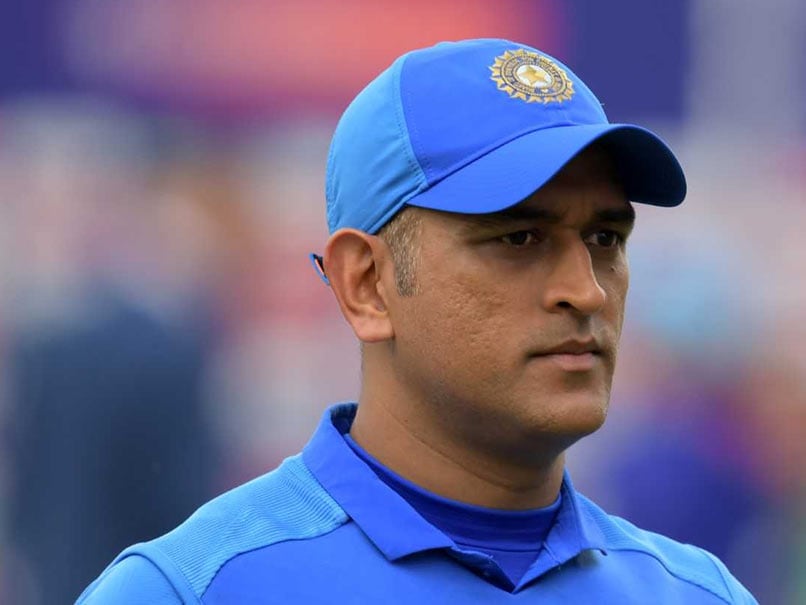 MS Dhoni's wicket in the first World Cup 2019 semi-final on Wednesday effectively ended India's campaign as they failed to chase down 240 runs against New Zealand at Old Trafford in Manchester. MS Dhoni was run-out in the penultimate over by Martin Guptill when he tried to take two runs. After India's World Cup exit, speculations started growing that the former India captain might soon announce his retirement from international cricket. However, in the post-match conference, Virat Kohli told the reporters thatDhoni has not conveyed anything to the team regarding his retirement plans.

Amid all the speculations regarding Dhoni's retirement, fans flooded Twitter with tweets asking MS Dhoni not to retire from the game.

We need you mahi..INDIA need you...we even can't think cricket without you.
India will not get another MSD....
Please don't even think about your retirement. Always in support of you.@msdhoni #donotretiredhoni pic.twitter.com/AyTQGy76ji

Dhoni wanted to be no 4 couple of years back but Ravi Shastri and others never agreed.
Kept searching for no 4 but couldn't find even till today. Sent Dhoni at 7 in semi-final
At this age, Dhoni was and is an ideal number 4 who can give stability to team
#donotretiredhoni pic.twitter.com/g3uPKaUTfN

#donotretiredhoni please sir please I'm believe in Number & you are truly legend and fighter #MSDlove and forever inspiring to every youth please sir do not retire pic.twitter.com/Fl9Gc8Jqj5

I created my twitter account 4 years ago, but this is my 1st tweet..... I came here for one man who is the heart of billion of fans.... We can't even imagine your retirement for now. Please play till t20 WC Mahi. India needs you. Please stay.#donotretiredhoni pic.twitter.com/WrsX6uQPw4

In the match, after winning the toss and electing to bat, New Zealand posted a challenging total of 239 for eight. Bhuvneshwar Kumar was the pick of the bowlers for India, who finished his 10 overs with figures of three for 43.

During the chase, India's top-order suffered a collapse as Rohit Sharma, Virat Kohli and KL Rahul all fell for just one run. Dinesh Karthik's wicket in the 10th over saw India reeling at 24 for four.

Chasing 240, India, eventually fell short by 18 runs and were bowled out for 221 in 49.3 overs. Matt Henry was adjudged player of the match for his match-winning figures of 37 for three in 10 overs.

With the win, New Zealand are through to the final and will play the winner of the second semi-final between Australia and England which is being played at Edgbaston in Birmingham on Thursday.

MS Dhoni World Cup 2019 Cricket India vs New Zealand, 1st Semi Final
Get the latest updates on Fifa Worldcup 2022 and check out  Fifa World Cup Schedule, Stats and Live Cricket Score. Like us on Facebook or follow us on Twitter for more sports updates. You can also download the NDTV Cricket app for Android or iOS.