MS Dhoni "Has Not Said Anything To Us" Regarding His Future, Says Virat Kohli 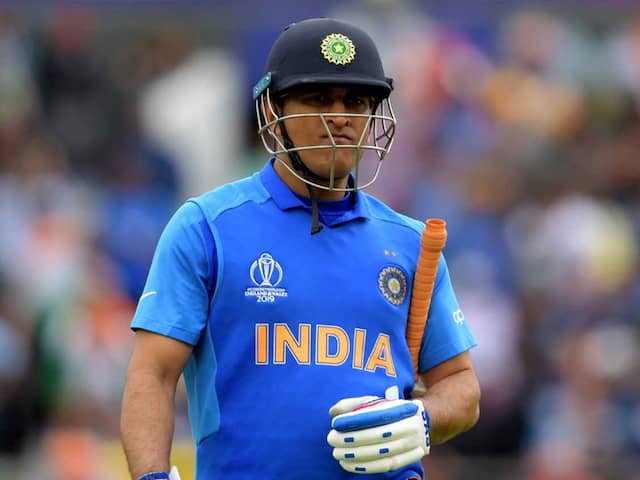 MS Dhoni, a veteran of 350 ODIs, registered his 73rd ODI half-century but it wasn't enough as India went down to New Zealand by 18 runs in the World Cup 2019 semi-final on Wednesday. Speculation is rife that MS Dhoni might call it quits. But, in the post-match press conference after India's World Cup 2019 exit, India skipper Virat Kohli was coy on MS Dhoni's future, saying "he has not said anything to us". MS Dhoni had retired from Test cricket in 2014 but continued to play limited-overs cricket and has been the go-to man for most Indian cricketers, including skipper Kohli.

The 38-year-old's ability to read the game from behind the stumps and guide his bowlers has made him an indispensable part of the team.

In the World Cup 2019, Dhoni's batting position was shuffled around as per the need of the team. He notched up two half-centuries in the tournament but was still criticised for his strike-rate.

He is also the captain of Chennai Super Kings (CSK) in the Indian Premier League and led them to the title thrice.