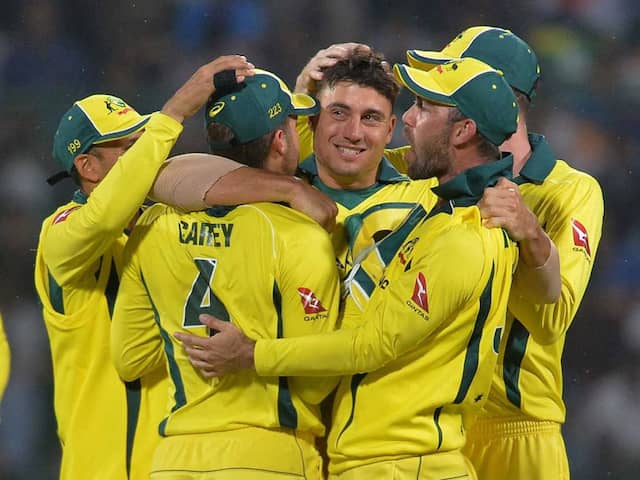 Australia are on a eight-match streak of away wins in ODIs, having won against India and Pakistan© AFP

Australian all-rounder Marcus Stoinis says that the team's confidence has peaked significantly after their victories in the ODI series against India and Pakistan this year, just in time for the upcoming ICC World Cup in England and Wales. Australia came from 0-2 down against India to win the series, while they managed to whitewash Pakistan 5-0, thus winning eight ODIs in a row. Both the India and Pakistan ODI series were away from home.

"I think everyone is really confident. To win eight games in a row away from home was very important for us. We needed it. We had lost a lot of games over the last year or so," Stoinis said.

"Its good timing. Everyone started to believe in each other and we started to play well as a team."

Stoinis, currently representing his franchise Royal Challengers Bangalore (RCB) in the Indian Premier League (IPL), indicated that cricket was all about the minutiae and that they had learned from the times that they had lost.

"From the outside, it might look like it happened all of a sudden, but it also shows that the game of cricket is only about minor details. Even in the time we were losing, we learnt a lot, started getting closer in a lot of games," he said.

Stoinis also believes that the presence of David Warner and Steve Smith, set to make their comebacks into international cricket, will reinforce the 2015 World Cup champions.

"It (their return) is a massive boost. People have stepped up in the last few months. We have started winning games consistently. It all adds to the mixture and definitely adds to a World Cup winning combination,"

Australia will begin their 2019 World Cup campaign against Afghanistan on June 1 at the Bristol County Ground.