Afghanistan vs Australia: Rashid Khan, Afghanistan Player To Watch Out For

Rashid Khan is possibly the most improved player in international cricket and he will by a lynchpin for Afghanistan during their World Cup 2019 campaign. 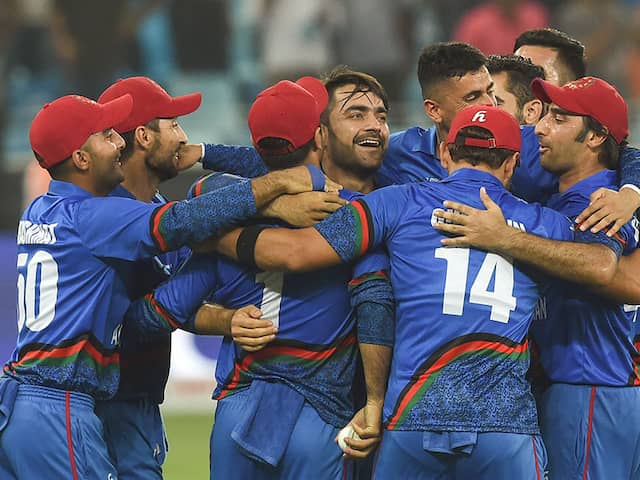 When we speak of the top spinners in international cricket today, Afghanistan's Rashid Khan appears on top of all limited-overs lists. The leg-spinner, who is just 20 years old, has become the bowler to watch out for when it comes to coloured clothing. His One-day International (ODI) performances are largely at par with his T20 International display, as well as his showing in several professional T20 leagues around the world. Rashid Khan will be one of the players to watch out for in World Cup 2019.

Rashid Khan made his ODI debut against Zimbabwe at Bulawayo in October 2015.

Rashid already has four five-wicket hauls and an equal number of four-wicket returns, with best figures of 7/18.

Rashid Khan is no mug with the bat either, four ODI half-centuries attesting to his effectiveness in the lower order. His highest score is 60 not out.

Afghanistan Rashid Khan World Cup 2019 Cricket
Get the latest Cricket news, check out the India cricket schedule, Cricket live score . Like us on Facebook or follow us on Twitter for more sports updates. You can also download the NDTV Cricket app for Android or iOS.