Team Profile, Afghanistan: The Minnows Would Seek To Create A Flutter In The UK

Afghanistan boast some exciting players, but their 50-over credentials will be sorely challenged. 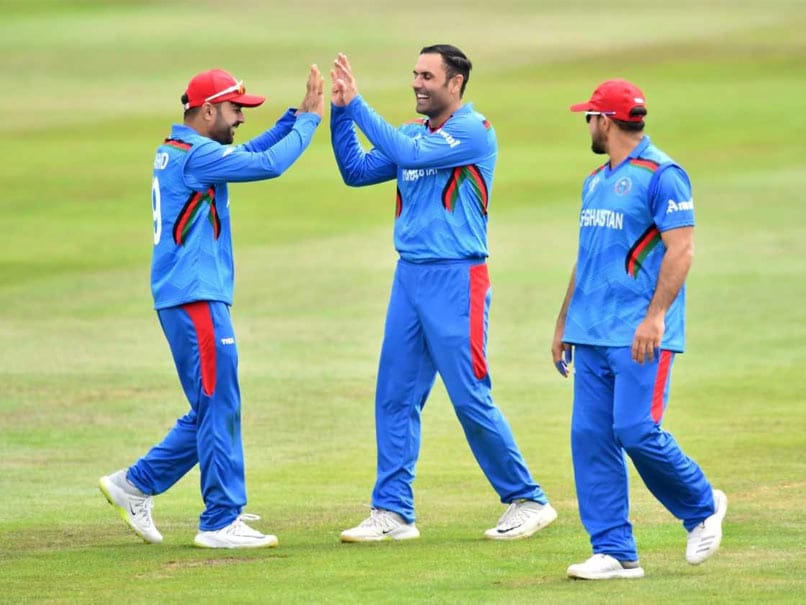 Afghanistan, playing their second World Cup, will be hoping for a better display from the one they had in 2015, where they played six games, winning one against Scotland by one wicket. They have some very exciting players who could make an impression in World Cup 2019.

Naib, who was recently named Afghanistan ODI skipper in place of Asghar Afghan, has taken 31 ODI wickets in 33 innings in the past three years, at an economy of 4.36, his best spell of 4-27 coming against Zimbabwe in 21 Feb 2017.

Naib played one match in the 2015 World Cup, against Scotland.

Wicketkeeper Shahzad is one of the characters of the Afghan squad. He has scored 913 runs in 31 ODIs, with an average of 26.3 and a strike rate of 82.15. His best

Zadran played in one WC Qualifier in 2009, against Scotland where he scored 45 off 28 balls.

Cup. In 2019, he has played only three ODIs in which he scored 52 vs Ireland early in March.

He played rather well in the 2015 World Cup, scoring 254 runs in six games, his best score being a match-winning 96 vs Scotland.

The all-rounder is one of the spin-trio that is expected to make a mark in the WC. He has collected 49 wickets in

Another part of the trio, Rashid has been fantastic, with 96 wickets in 39 innings in the last three years, his economy rate being a brilliant 3.87. His best figures are a magnificent 7-18 vs West Indies in June 2017, earning him the man-of-the-match award.

The fast bowler has been decent in the last three years, taking 33 wickets in 26 ODIs at an economy rate of 4.97, his best figures of 4-53 coming against Ireland in March 2017.

Zadran took six wickets in five matches in the 2015 World Cup, his best spell being 3-29 vs Scotland, where his economy rate was 2.9.

Alam came out of a two-year hiatus to play an ODI against Ireland in August 2018. He had played nine ODIs until then and has taken 15 wickets, his best figures being 4-25 vs Ireland in March 2019.

Alam played only one game in the 2015 World Cup, against Bangladesh, where his figures were 2-55 in nine overs.

The pacer has been recalled after a three-year hiatus, playing his last ODI vs Ireland in July 2016. He has been out due to heel, knee, and thigh injuries.

He was brilliant in the 2018 WC Qualifiers too, taking 16 wickets in seven games, his best spell being 4-43 vs the Windies.

Mohammad Nabi World Cup 2019 Cricket
Get the latest updates on Fifa Worldcup 2022 and check out  Fifa World Cup Schedule, Stats and Live Cricket Score. Like us on Facebook or follow us on Twitter for more sports updates. You can also download the NDTV Cricket app for Android or iOS.