AB de Villiers had announced his retirement from international cricket in May last year. 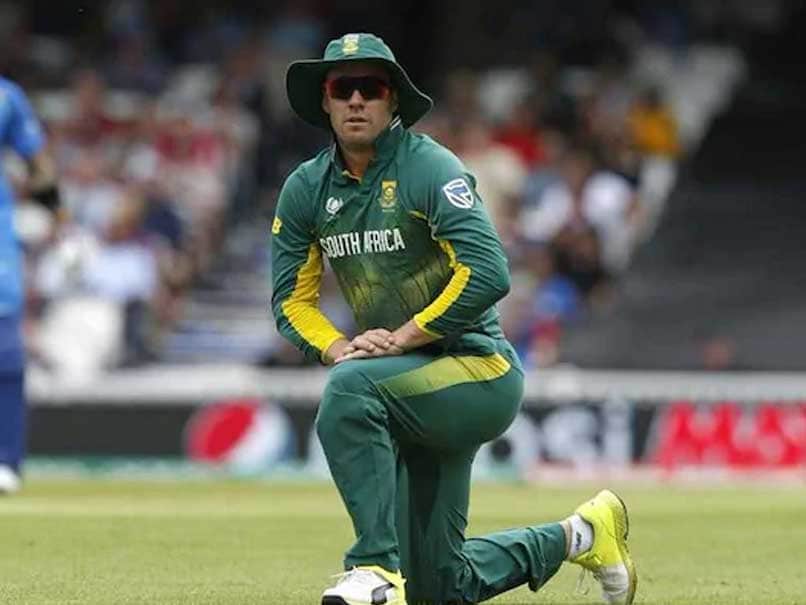 AB de Villiers, the South African batting star who retired from the international cricket in May last year, made a last-moment offer to the South Africa team management ahead of the World Cup 2019. According to convenor of selectors Linda Zondi, AB de Villiers had approached him, captain Faf du Plessis and head coach Ottis Gibson to reverse his retirement for South Africa before the crucial ICC event. However, the offer was rejected by the management, citing this would not be possible. In the absence of De Villiers, South Africa has lost three consecutive matches in the ongoing World Cup.

Zondi said it would not have been morally right to include De Villiers.

"I pleaded with AB de Villiers not to retire in 2018... I did give him the option to plan and monitor his season to get him to the World Cup fresh and in a good space," Zondi said in a release.

"He turned down the offer and said he was at peace with his decision to retire."

Zondi said it would unfair to other players to accede to De Villiers' belated request.

"The decision was based on principle; we had to be fair to the team, the selection panel, our franchise system and players."

De Villiers surprised South African officials when he made an announcement on social media last year that he was retiring from international cricket following a successful comeback in a Test series against Australia.

"For Faf du Plessis and Ottis Gibson to share AB's desire to be included in the squad on the day we announced our World Cup squad on April 18 was a shock to all of us," said Zondi.

"At no point in the year that he had retired did he make himself available for selection. It was no option when I received the news on the day of the squad announcement, our squad was finalised and confirmed. AB is undoubtedly one of the best players in the world, but above all else, we have to stay true to our morals and principles, there is no regret in the decision."

Having represented South Africa in three editions of the 50-over World Cup, De Villiers has scored 1,207 runs in 23 matches with a highest knock of 162 runs (not out).

Under the captaincy of Du Plessis, South Africa started their World Cup 2019 campaign with a crushing 104-run defeat to hosts England.

The opening defeat was followed by another humiliation to underdogs Bangladesh, who hammered South Africa's much hyped bowling attack to score 330/6 in 50 overs.

On Wednesday, South Africa lost to India by six wickets in Southampton.

AB de Villiers World Cup 2019 Cricket
Get the latest updates on ICC T20 Worldcup 2022 and CWG 2022 check out the Schedule, Live Score and Medals Tally. Like us on Facebook or follow us on Twitter for more sports updates. You can also download the NDTV Cricket app for Android or iOS.