AB de Villiers had shocked the world when he suddenly announced his retirement from all forms of international cricket last year. 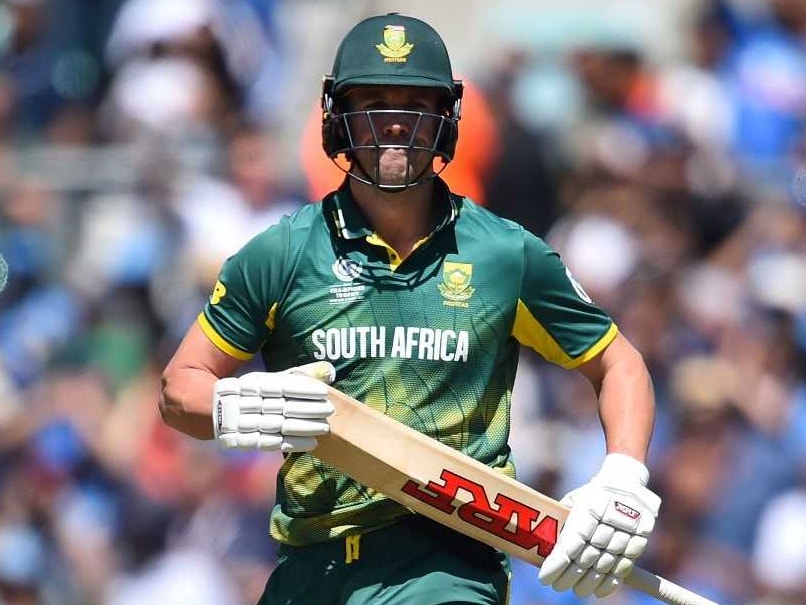 AB de Villiers shocked the world when he announced his retirement from international cricket in May last year. The South African star decided to call time on his glittering career after playing 114 Tests, 228 One-Day Internationals (ODIs) and 78 Twenty20 Internationals (T20Is). Despite his international retirement, De Villiers continued to torment bowlers around the world in various domestic T20 leagues, which led many to wonder as to why he called it quits so suddenly -- a year before the all-important World Cup. In an episode of 'Breakfast with Champions', AB de Villiers revealed that he was keen to play the World Cup 2019 but criticism over his decision to pick and choose matches made him feel cornered.

"I was keen to play the World Cup but I left, I retired. It was a very sensitive situation. For the last three years of my career I was labelled as a guy who is picking and choosing when I was playing and when not. I got quite a lot of criticism from back home, which also played a role in me retiring. And it was then difficult for me to go 'hey, but I'll still play the World Cup'. It's that picking and choosing thing again and it's quite arrogant to do something like that. But as they say, you can't have your bread buttered on both sides," said De Villiers.

"I felt cornered. I have always been about the team, it's never been about myself. But I found myself in a position where I had to make a decision where it's going to look like I'm thinking about just myself."

And while AB de Villiers maintained that spending more time with his family and the grind of international cricket also played a significant role in his decision to retire, there were a "few deeper issues", he said that he would reveal at a later stage in his life.

"There's a lot of reasons I had to move on. There is a lot of things that played a role. Family's definitely a big part of it and the longevity of my career. I played for 15 years and I was just tired of the whole international scene. It's quite busy, very stressful, the mental game, the doubts you have as a person and as a player all the time, it wears you down. And being captain of the Proteas for a long time also took its toll. And then there are a few deeper issues that might have to be discussed when I'm 50, one day.

The South African, referred to as "Mr 360", averaged over 50 in Tests and ODIs with an unbeaten 278 being his highest score in the longest format of the game.

His final appearance in national colours came in Johannesburg, where South Africa beat Australia by 492 runs and clinched the four-match Test series 3-1.

AB de Villiers World Cup 2019 Cricket
Get the latest updates on India vs South Africa and check out  Schedule, Results and Live Score. Like us on Facebook or follow us on Twitter for more sports updates. You can also download the NDTV Cricket app for Android or iOS.