Shivam Dube had a dismal season for Royal Challengers Bangalore (RCB), who finished at the bottom of the IPL 2019 Points Tally. 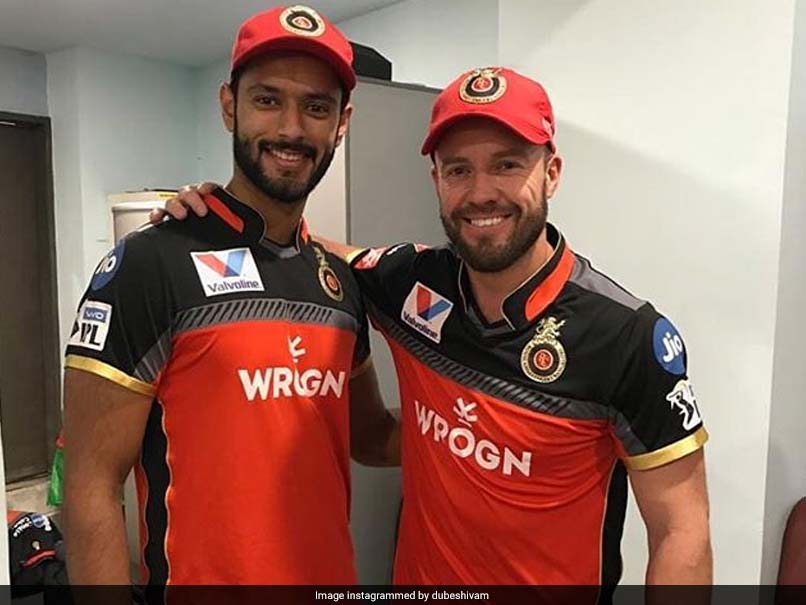 Shivam Dube was one of the luckiest youngster in the IPL 2019.© Instagram

Shivam Dube was one of the luckiest youngster in the Indian Premier League (IPL) 2019, to have played under the likes of Virat Kohli and AB de Villiers for Royal Challengers Bangalore (RCB). The 25-year-old also made sure to make the most of it as he went up to South African great De Villiers and asked him how to face tough situations. Dube also acknowledged the tips given by De Villiers and said he is a great team player and always motivating as a senior.

"ABD (De Villiers) always told me to keep a positive attitude in any situation and it has really helped solve my problems in tough situations. He's a great team player and even as a senior, he always motivated me in practice as well as in the matches," Dube told IANS.

The left-handed batsman also applauded Virat Kohli's captaincy skills and said the way Kohli manages the team and keeps it together makes him great.

"I have been able to learn a lot of things from him, including his way of managing the team and keeping the entire team together. He is a great leader," Dube said.

Talking on his performance in this season of the cash-rich league, Dube felt that despite giving his best, it didn't work for his team and he will try to perform better in future.

"I gave my 100 per cent but unfortunately it wasn't enough for our team as a whole. I know I have more to achieve and I can definitely do much better. I am confident I will get more chances in different formats of the game. My focus at the moment is doing my best for the Shivaji Park Lions in the upcoming Mumbai T20 League."

After playing in one of the most challenging T20 leagues in the world, Dube is all set to participate in Mumbai's local T20 league and is looking to use the tournament as another platform to showcase his talent.