According to the League's website, each team could retain 2 players, but the North MumbaiPanthers have hung on to only one player. 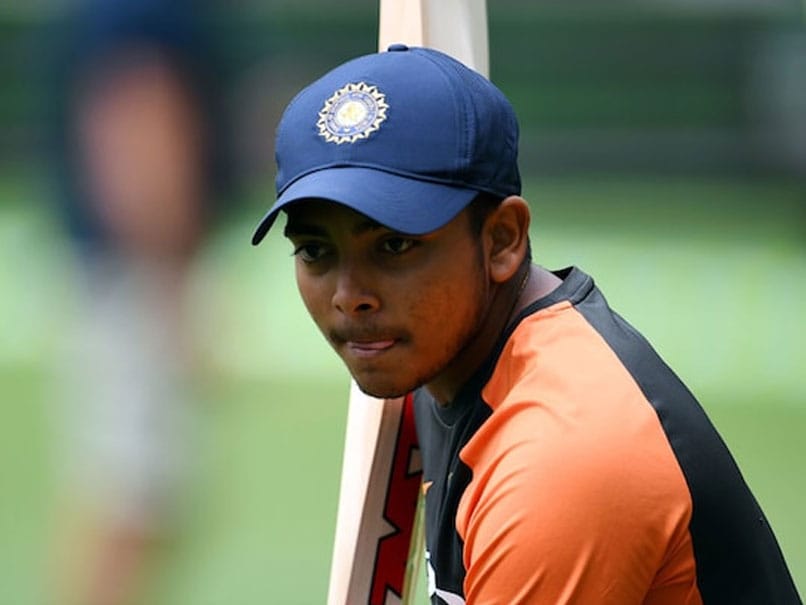 Prithvi Shaw has been retained by North Mumbai Panthers.© AFP

Young guns Prithvi Shaw and Shreyas Iyer were among 11 players who were retained by their respective franchises for the eight-team T20 Mumbai League season 2 commencing here on May 14. According to the information on the League's website, each team could retain two players, but the North Mumbai Panthers have hung on to only one player ahead of the May 4 players auction. Triumph Knights Mumbai North East, who won the inaugural edition, have retained batsman Suryakumar Yadav and medium pacer Akash Parkar.

The NaMo Bandra Blasters have kept in-form batsman Iyer, who is currently leading the Delhi Capitals in the Indian Premier League, and wicket-keeper batsman Eknath Kerkar.

The SoBo Supersonics have retained Jay Bista and Dhrumil Matkar, while North Mumbai Panthers have held on to only Shaw.

It has already been announced that two teams will be added for the second edition.

Comments
Topics mentioned in this article
Prithvi Shaw Shreyas Iyer Suryakumar Yadav Cricket
Get the latest updates on Fifa Worldcup 2022 and check out  Fifa World Cup Schedule, Stats and Live Cricket Score. Like us on Facebook or follow us on Twitter for more sports updates. You can also download the NDTV Cricket app for Android or iOS.