Colin Ingram and Chris Morris, two foreigners who DC have fielded in their playing XI throughout the season, are not part of the South Africa squad. 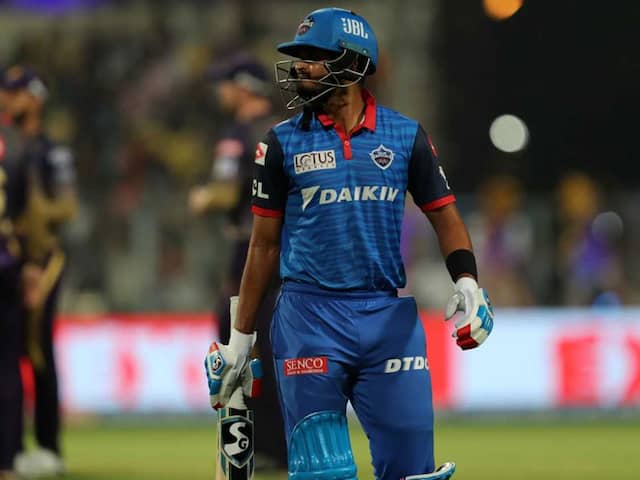 Delhi Capitals (DC) captain Shreyas Iyer said on Saturday his team are well placed for a strong finish to the Indian Premier League (IPL) season because of the number of foreign players the other sides will lose to international commitments. Having collected 14 points from 11 matches, DC need just one win from their remaining three matches to secure a spot in the playoffs. Talking about Sunday's home match against Royal Challengers Bangalore (RCB), Iyer said, "On a wicket like this, it would be an advantage for us as Moeen Ali will not be there in Bangalore's team and we will try to fully utilise it."

The Delhi skipper, however, said that he had no idea whether pacer Kasigo Rabada would leave for national duty for South Africa or not.

Colin Ingram and Chris Morris, the other two foreigners who DC have fielded in their playing XI throughout the season, are not part of the South Africa squad and will continue to play in the IPL.

Rajasthan Royals, who DC face in their last league match, have also lost the service of hard-hitting opener Jos Buttler.

Iyer also said his team are not resting on their laurels and that they are looking to win at least two of their three remaining matches.

The Kotla wicket has been criticized as being slow and low and not suited to the stroke-makers in the DC batting order. When asked about the wicket factor, Iyer said, "We are aware of the wicket and have a fair idea how it is playing. In all our remaining games (two in Kotla and one in Chennai), the wicket is quite same and that is something like a blessing in disguise in the current situation."

Moeen Ali IPL 2019 Cricket
Get the latest updates on IPL 2020, check out the IPL Schedule for 2020 and Indian Premier League (IPL) Cricket live score . Like us on Facebook or follow us on Twitter for more sports updates. You can also download the NDTV Cricket app for Android or iOS.