Virat Kohli said that the first few days after India's World Cup 2019 exit were "quite difficult" but is now focused on the job at hand. 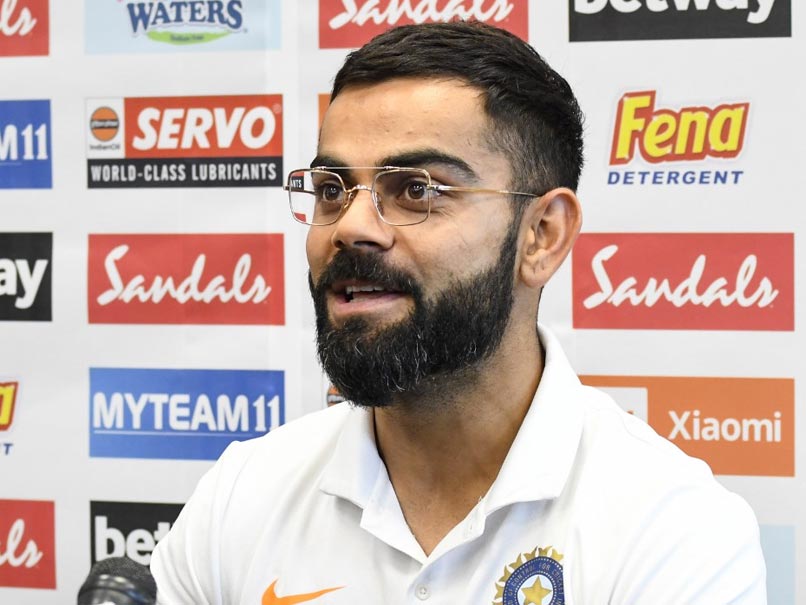 Virat Kohli spoke to the media on the eve of the 1st T20I between India and the West Indies.© AFP

Virat Kohli spoke of the difficulties he and his team faced after India's World Cup 2019 dream ended with defeat to New Zealand in the semi-finals. The Indian skipper said that the first few days after India's World Cup 2019 exit were "quite difficult" and waking up in the morning "was the worst feeling". However, Virat Kohli is keen to move on from the disappointment and is focused on the job at hand. India will be seen in action for the first time after the World Cup 2019 when they take on West Indies in the first T20I of the three-match series on Saturday.

"The first few days after we exited the World Cup were quite difficult. Till the time the tournament got over, every time we woke up it was the worst feeling in the morning. Then through the day you do things and sort of get on with your life. We are professionals. We move ahead. Every team has to move on," Virat Kohli said on Friday.

"So we are quite okay with what happened in the World Cup. Yesterday, the fielding session and the little bit of time we spent on the field was really good. Everyone was excited, looking forward to just playing, just being on the field again. I think that's the best thing you can do as a team, just get on the park as soon as possible."

The Indian team could not train ahead of the first T20I due to rain but that didn't dampen Virat Kohli's mood at all. On the contrary, the Indian skipper joked about not seeing anything but the covers on the pitch.

"I think the covers look the same," said Kohli.

"We haven't seen the pitch, we haven't seen anything apart from the covers on the pitch. When we play tomorrow, we can assess how the pitch has come along. Even last time we played, it was pretty good, high-scoring, and we all had a lot of fun playing here, and this time is going to be no different."

Virat Kohli West Indies vs India 2019 West Indies vs India, 1st T20I Cricket
Get the latest updates on ICC T20 Worldcup 2022 and CWG 2022 check out the Schedule, Live Score and Medals Tally. Like us on Facebook or follow us on Twitter for more sports updates. You can also download the NDTV Cricket app for Android or iOS.