Virat Kohli, Rohit Sharma To Battle It Out For Massive T20I Record

Virat Kohli and Rohit Sharma will have an added incentive when India take on West Indies in the first T20I of the three-match series on Saturday. 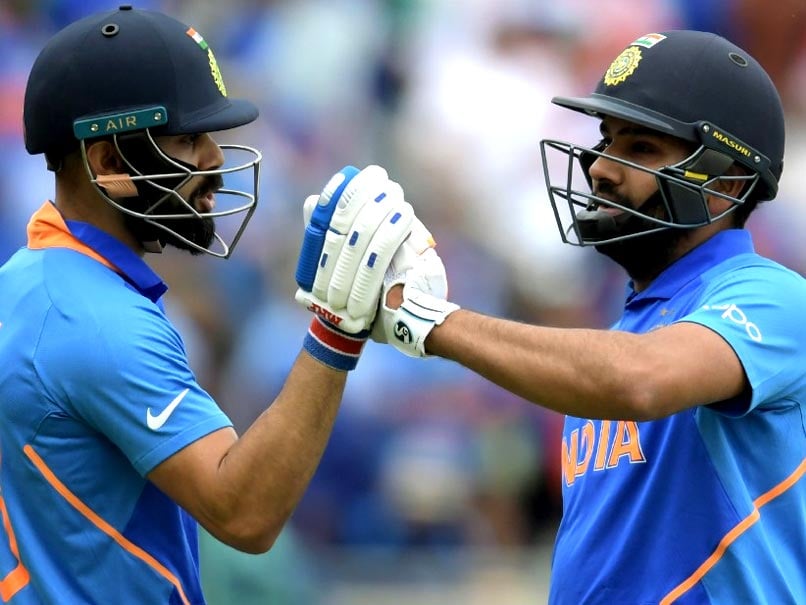 Virat Kohli and Rohit Sharma have 20 half-centuries each in T20I cricket.© AFP

After the disappointment of World Cup 2019, the Indian cricket team will return to action on Saturday when it takes on West Indies in the first Twenty20 International of the three-match series in Lauderhill, Florida. The T20I series against the West Indies will be an opportunity for Virat Kohli and Rohit Sharma to take the outright lead in the race for most half-centuries in the shortest format of the game. The star Indian duo are currently sit at the top of the list, tied on 20 half-centuries each, well ahead of third-placed Martin Guptill, who has 16 T20I fifties to his name.

However, while Virat Kohli has only taken 67 matches (62 innings) to score 20 half-centuries in the shortest format of the game, Rohit Sharma has achieved the same number in 94 matches (86 innings).

The next best Indian -- Shikhar Dhawan -- is far behind the pair, with nine half-centuries to his name in 50 matches (49 innings).

However, before India's departure for the West Indies series, captain Virat Kohli cleared the air and categorically denied any rumours of a rift between him and Rohit Sharma.

"In my opinion it's baffling to be honest. It's absolutely ridiculous to read such stuff that comes out. I have been to a few public events and the sentiment is 'aap log kya khele (you guys played so well)'," Kohli had said, reacting to the rift rumours.

"We are feeding off lies. We are overlooking facts. We are turning a blind eye to all the good things that has happened. We are creating fantasies and scenarios in our head and want to accept that this is the truth," he added.

Rohit Sharma West Indies vs India 2019 West Indies vs India, 1st T20I Cricket
Get the latest updates on IPL Auction 2023 and check out  IPL 2023 and Live Cricket Score. Like us on Facebook or follow us on Twitter for more sports updates. You can also download the NDTV Cricket app for Android or iOS.