Rohit Sharma now leads the tally with 107 sixes. Chris Gayle, who is not a part of the West Indies T20I squad, has hit 105 sixes. 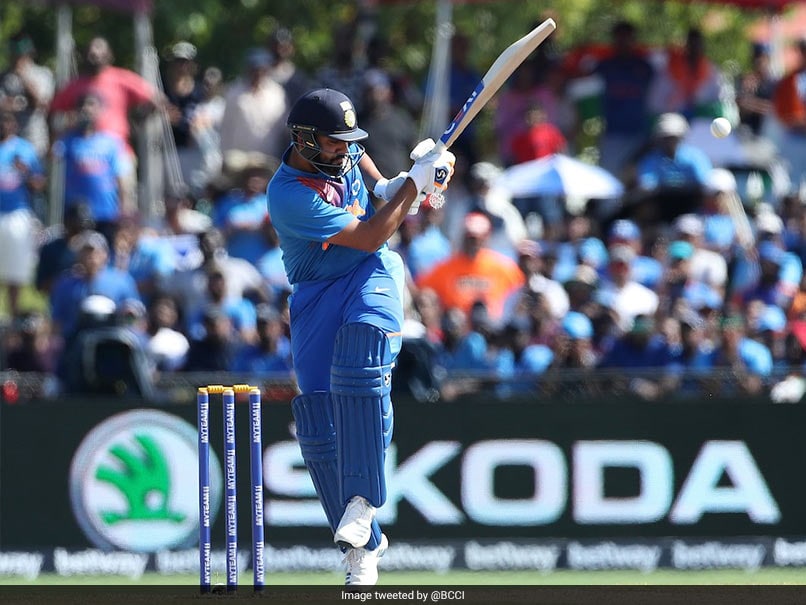 Rohit Sharma became the leading six-hitter in Twenty20 Internationals (T20I) during the second game of the three-match series against the West Indies in Florida on Sunday. In the process, Rohit broke Chris Gayle's record of 105 sixes in the shortest format of the game. Rohit needed four sixes to break Gayle's record when the two sides met in the first T20I at Lauderhill in Florida, USA, on Saturday. During his knock of 24 in the opening game, Rohit had hit two sixes. On Sunday, he hit another three to add a new record to his name. Rohit now leads the tally with 107 sixes. Gayle, who is not a part of the West Indies T20I squad, is now second on the list, while New Zealand's Martin Guptill has 103. On Sunday, Rohit Sharma also brought up his 17th T20I fifty.

Rohit is currently the highest run-scorer in T20Is and he also holds the record for the most number of centuries (4) in the T20I format.

India defeated the West Indies by four wickets in the first T20I on Saturday in Florida.

Rohit Sharma was one of India's success stories in the World Cup 2019, India's last competitive outing, where he scored five centuries to claim the record of maximum hundreds in one World Cup, beating Kumar Sangakkara's 2015 mark.

However, after the World Cup, almost all the discussion surrounding Rohit Sharma have been about his perceived difference with skipper Virat Kohli.

In the press conference ahead of India's tour of the West Indies, Kohli had categorically denied that there were any differences between him and Sharma.

Rohit Sharma West Indies vs India 2019 Cricket West Indies vs India, 2nd T20I
Get the latest updates on ICC T20 Worldcup 2022 and CWG 2022 check out the Schedule, Live Score and Medals Tally. Like us on Facebook or follow us on Twitter for more sports updates. You can also download the NDTV Cricket app for Android or iOS.