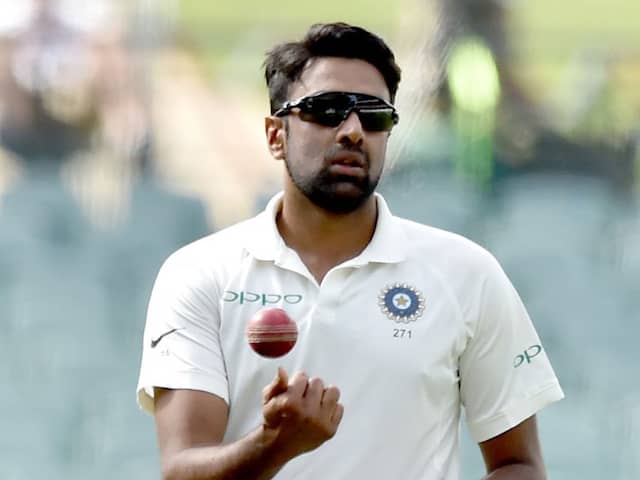 Ravichandran Ashwin has been lately been out of Test action.© AFP

Ravichandran Ashwin failed to find a place in the first of two-Test match against the West Indies, with all-rounder Ravindra Jadeja picked in the team ahead of him. If India's premier spinner Ravichandran Ashwin, who has been lately been out of Test action, gets a chance to feature in the second match against the West Indies, he will have a chance to equal or cross spin legend Muttiah Muralitharan's record of being the fastest to 350 Test wickets in 66 Tests. Ravichandran Ashwin has picked up 342 wickets from 65 matches so far.

Though Ashwin has been out of Test action for India, he has been plying his trade in the County Championship for Nottinghamshire. His last stint with the county club was a successful one as he picked 20 wickets from two matches.

Following the County Championship, Ashwin featured in the Tamil Nadu Premier League (TNPL), where he had a decent outing and was seen trying out different variations and bowling styles.

Once a regular for India in Tests, Ashwin has picked 342 wickets at an average of 25.43. He also holds a decent bowling average of 2.84, with an incredible 26 five-wicket hauls to his name in the longest format.

Ashwin's last Test appearance came during India's tour to Australia in 2018. After that he continues to be overlooked in the side.

Muttiah Muralitharan West Indies vs India 2019 Cricket
Get the latest Cricket news, check out the India cricket schedule, Cricket live score . Like us on Facebook or follow us on Twitter for more sports updates. You can also download the NDTV Cricket app for Android or iOS.