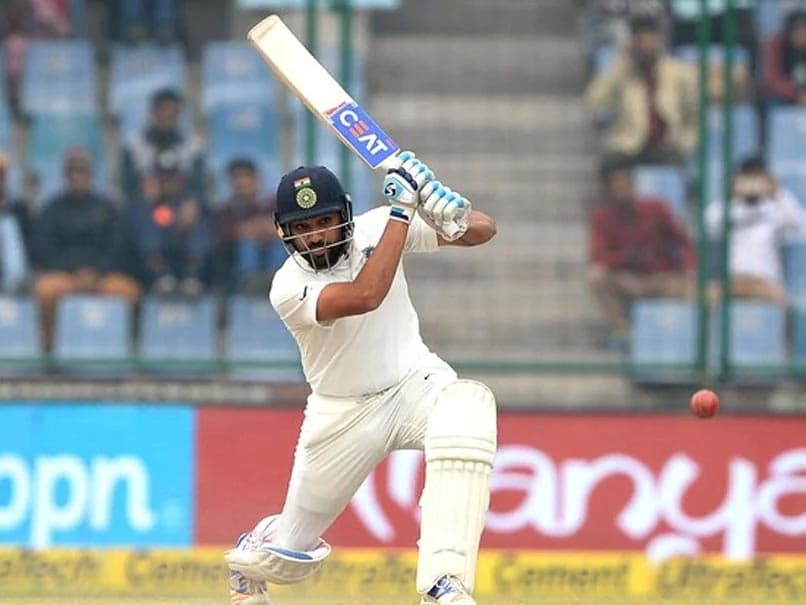 Rohit Sharma was excluded from the first Test against the West Indies.© AFP

Rohit Sharma and Ravichandran Ashwin's exclusion from the first Test against the West Indies raised plenty of questions, with former India skipper Sourav Ganguly becoming the most recent one to weigh in on the matter. Rohit Sharma, who was backed to open in Tests by Sourav Ganguly, lost his place to Mayank Agrawal, while Ravindra Jadeja was considered ahead of Ravichandran Ashwin for the first Test. Sourav Ganguly was also surprised with the decision to leave out wrist-spinner Kuldeep Yadav from the Antigua Test considering that he picked a five-wicket haul against Australia on a flat track during his last Test appearance.

"Yes, I was also surprised to see Kuldeep (Yadav) left out, because the last Test he played against Australia, he got five wickets in Sydney on a good flat pitch. But Jadeja also has been in good form," the former India captain said," Ganguly told The Times of India.

"The surface yesterday at Antigua needed three fast bowlers because we saw the seam movement the fast bowlers got. Ashwin's record is phenomenal," he added.

Rohit Sharma had scored 68 runs against West Indies A during a practice match ahead of the Test opener. He has been overlooked from India's playing XI in Tests since December 2018.

Even Ashwin has been away from India's playing XI in Tests since December, 2018.

Virat Kohli Sourav Ganguly Cricket
Get the latest updates on IPL 2021, check out the IPL 2021 Schedule and Indian Premier League Live Score . Like us on Facebook or follow us on Twitter for more sports updates. You can also download the NDTV Cricket app for Android or iOS.