Umesh Yadav said that the stiff competition for a place in India's bowling department is getting the best out of the bowlers. 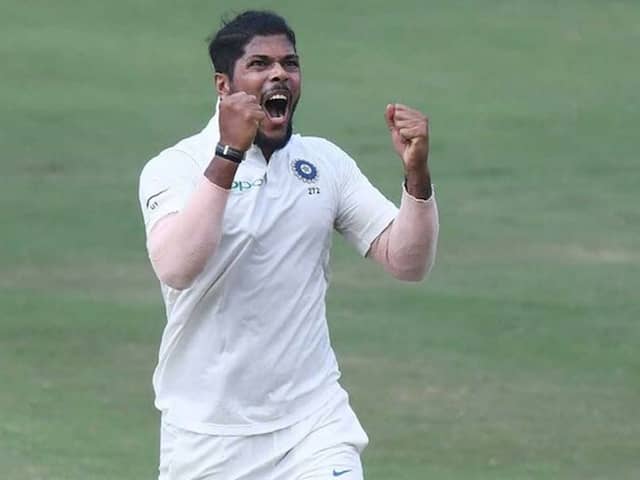 Umesh Yadav returned with figures of 3/19 in the lone practice game against the West Indies A.© AFP

Indian pacer Umesh Yadav managed to make a big impression in the lone three-day practice game against the West Indies A and scalped three wickets in the first innings. However Umesh Yadav, who is in no mood to slow down and is looking to make the most of the impressive performance, feels that there is a healthy competition among the Indian pacers and it is good for them and the team as well. He went on to say that the stiff competition for a place in India's bowling department is taking the best out of the bowlers.

Umesh, who had a brilliant domestic season in 2016-17, hasn't got as much opportunity to play as he would have hoped for because of the consistency found by Ishant Sharma, Mohammed Shami and Bhuvneshwar Kumar.

Also, with Jasprit Bumrah coming up the ranks in Test cricket, the Indian pace attack has become a highly competitive space to be in.

The Vidarbha pacer, who has been an integral part of India's Test setup for more than four years now, has not played for India since last eight months. During the historic Australian tour which India won 2-1, Umesh had warmed benches for majority of that tour.

"When you know that you're going to be playing back-to-back Test matches, you also need that kind of a bench-strength," he said while talking to reporters.

"All the fast bowlers know there is a good competition and that everyone is going to get an opportunity. Whoever does well, will get to play more. If we think in that manner, it's good for us because we will try to improve ourselves," he added.

He admitted the performance boosted his confidence and he is ready to go. "I bowled the kind of deliveries I wanted to. I focused on the areas that I wanted to bowl, and I managed to bowl there.

Umesh Yadav revealed that after this year's Indian Premier League (IPL) where he played with Royal Challengers Bangalore (RCB), he went back to his coach Subrata Banerjee at the academy in Vidarbha to work on his bowling.

"I gave myself some time to work on my errors and get my rhythm back," Umesh said. "I worked on my lengths. It happens with fast bowlers, when you are playing in different countries. You're unable to settle to a specific length. I worked on that.

"There are times when everything is going good but your mind is distracted thinking that things are not going the way you want it to be going. To get away and think, that space of mind is important. I did the same. I went home, spoke to my coach, cleared my thoughts and got clarity," Yadav added.

Umesh Yadav West Indies vs India 2019 Cricket
Get the latest Cricket news, check out the India cricket schedule, Cricket live score . Like us on Facebook or follow us on Twitter for more sports updates. You can also download the NDTV Cricket app for Android or iOS.