Vece Paes, father of Leander, says his son has always had the talent and the skill to scale new highs and that his recent US Open 2013 men's double win will only propel him towards more glory. 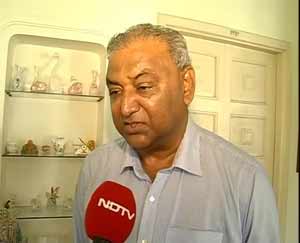 Dr Vece Paes is a proud man. His son - Leander Paes - won the US Open 2013 men's doubles title with Radek Stepanek and became the oldest man to win a Grand Slam. NDTV's Rica Roy spoke to him and learnt what went into nurturing a talent and keeping it alive for over two decades.

RICA: This was Leander's Grand Slam no 14. What did he tell you after the win?

Vece Paes: He is obviously excited. He needed it (the win) badly because he started the first half of the year badly. Radek was recovering from a spinal operation. They needed this win to get an entry into world doubles qualifying and they achieved that. So it is a gratifying moment. That is the way he is feeling.

NDTV: After his win, Leander spoke exclusively to NDTV and said he won't have been who he is today without you. Could you tell us what went into the making of Leander Paes?

VP: Like any good parents, we looked for talent in the kid and supported the talent. So when Leander showed talent in 1985, we sent him to BAT (Britannia Amritraj Tennis Academy) program, which had a tremendous impact on his Tennis career. In 1990, he was the no.1 junior in the world when he won the Wimbledon junior title and the next year, he won the US Open junior. We knew we were doing the right thing by investing in him. A lot of people, including my parents and the principal of his school thought we were wasting his time in making him pursue sports as a career. My role was just to give him confidence to go ahead because tennis is where his talent was.

NDTV: What kind of celebrations have you planned for Leander when he gets back?

VP: We tend to downplay this. When Leander comes home, he needs time to relax. He has his daughter who he is amazingly fond of and spends time with. At times, we go to some of the clubs in town where we have a drink or two together. That's about it. Importantly, he has to recover and get ready for the rest of the year. He has got a hectic schedule ahead. He plays in the Thai Open in the next two weeks. He will play in Shanghai, Beijing, the French open and Basel. Those will be before the world doubles. So he has his plate full at the moment. 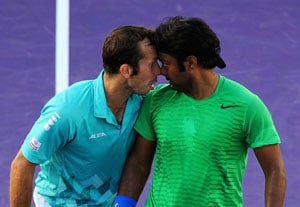 NDTV: How long do you see him going?

VP: Given the targets he sets every year, he will definitely try to get to the Rio Olympics. So for the next two years, we know that he will be on the ATP tour. He will be up for Davis Cup selection and he will be targeting Rio Olympics.

NDTV: Rio will be his 7th Olympics. Would he be looking to partner Mahesh?

VP:Everything is topsy-turvy in the selection system of Indian tennis. So it is a question of who is in form, who has got his ranking. Based on the ranking, you get an entry into the Olympics. So Leander would have to play well in the ATP tour next year before he can be selected for the Olympics.

NDTV: Mahesh Bhupathi tweeted saying that he may be 40 but was moving like a 20 year old...

VP: We will know that in time. It is nice of Mahesh to say what he has said. But nothing gets buried that easily. It takes time to nurture a friendship and I hope that they do get back. They were great friends when they started.

NDTV: Leander said the 2012 Olympics bore harsh memories for him. Was this a way for him to come back?

VP: I do not think that he was trying to prove a point to anyone but yes he went through a terrible emotional period during selection for the London Olympics and in the boycott that took place at the Davis cup. That was traumatic period. After having played for 20 years with some of those players, you have them protesting and then you realise that they are all manipulated by a couple of people. So that hit Leander hard. Fortunately Leander is a very dignified guy and he did not respond to the media. He did not even respond to his friends. He just stayed quiet and let his Tennis do the talking.

Comments
Topics mentioned in this article
Tennis Tiger Woods Leander Paes Radek Stepanek Maria Sharapova Sania Mirza US Open 2013
Get the latest updates on ICC T20 Worldcup 2022 and CWG 2022 check out the Schedule, Live Score and Medals Tally. Like us on Facebook or follow us on Twitter for more sports updates. You can also download the NDTV Cricket app for Android or iOS.