IND vs BAN, Under-19 World Cup Final: India Under-19 Team Gets Special Support From Seniors In New Zealand

Team India members cheered India Under-19 side for the World Cup final against Bangladesh from New Zealand on Sunday. 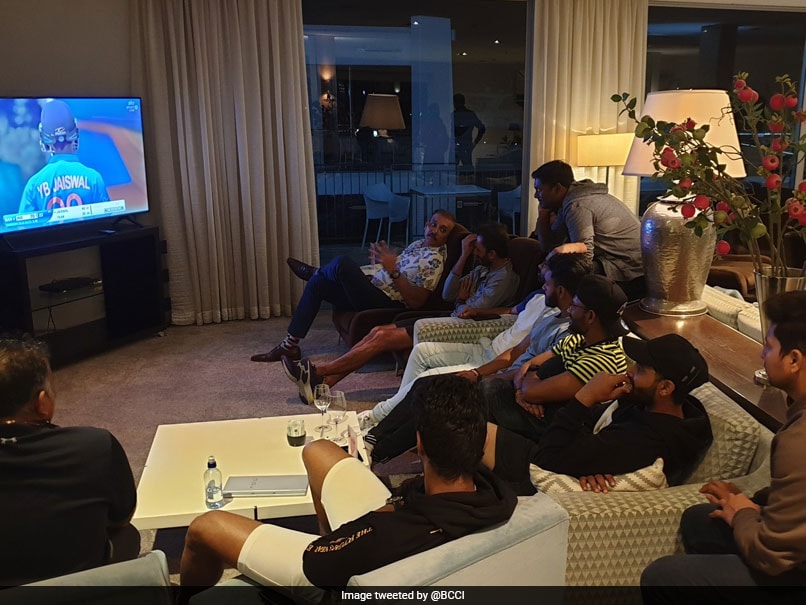 Indian cricket team cheered the Under-19 side for the World Cup final.© Twitter

Indian cricket team is currently in New Zealand for the ongoing three-match One-Day International series. After clinching a historic series sweep in the Twenty20 Internationals, India lost two consecutive ODIs as the hosts won the series with a game to spare. While a series loss must be hurting the team, it did not stop them for cheering for the Under-19 team, who are playing the World Cup final against Bangladesh. The ongoing Under-19 World Cup final is being played in Potchefstroom in South Africa as India are bidding for a record 5th title while Bangladesh are in search for their maiden ICC major title. The Board of Control for Cricket in India took to Twitter on Sunday to share a picture in which India head coach Ravi Shastri along with all-rounder Ravindra Jadeja were seen sitting with other members of the squad.

"Cheers all the way from New Zealand for the #U19," The BCCI tweeted.

In the final, Bangladesh Under-19captain Akbar Ali won the toss and invited India to bat at Senwes Park.

India got off to a poor start as they lost their first wicket in the seventh over with just nine runs on the board.

Divyaansh Saxena threw his hands at a wide delivery from Avishek Das as he was caught at point Mahmudul Hasan for 2.

At the other end, India's prolific run getter in the tournament Yashasvi Jaiswal stood his ground and scored a fighting half-century off 89 deliveries.

It was Jaiswal's fourth fifty-plus score in the ongoing World Cup.

After the early wicket of Saxena, Tilak Varma joined Jaiswal in the middle as the duo steadied the ship for India.

Ravindra Jadeja Ravi Shastri Under 19 World Cup 2020 Cricket Yashasvi Jaiswal
Get the latest updates on IND vs NZ 2021, check out the Schedule and Live Score . Like us on Facebook or follow us on Twitter for more sports updates. You can also download the NDTV Cricket app for Android or iOS.