Ravi Bishnoi's Father Comes To His Defence After ICC Punishment

Ravi Bishnoi's father Mangilal is unable to digest the fact that one of his calmest children couldn't control his emotions and lost his cool. 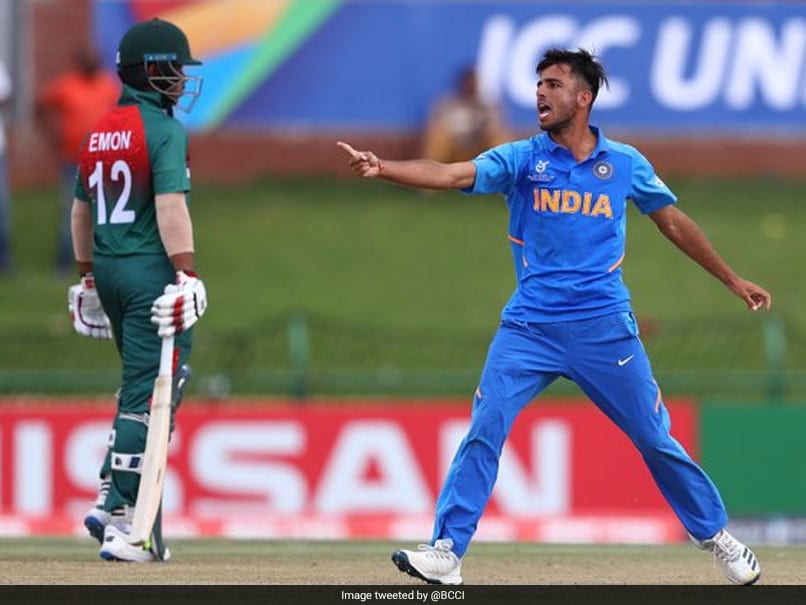 Ravi Bishnoi emerged as one of the best bowlers in the just concluded Under-19 World Cup.© Twitter @BCCI

India leg-spinner Ravi Bishnoi emerged as one of the best bowlers in the just concluded Under-19 World Cup as he ended the tournament with 17 wickets, but all his good work was eclipsed after the unruly scenes in the summit clash against Bangladesh. After Bangladesh won the final beating the Priyam Garg-led side by three wickets (via D/L method) at the Senwes Park on Sunday, the players of the two teams were seen engaging in an exchange of words and even some pushing and shoving on the field, leaving a Bangladeshi flag damaged in the process.

Bishnoi's father Mangilal Bishnoi is unable to digest the fact that one of his calmest children couldn't control his emotions and lost his cool.

"I wonder what happened to my son, because he is one of my calmest children (Ravi has two elder sisters and one brother). He explained the sequence of events and the circumstances when he lost his cool while trying to save his teammate, who was being attacked by the Bangladeshi players," Bishnoi's father was quoted as saying by mid-day.com.

"My wife has not eaten anything since yesterday," he added.

The International Cricket Council (ICC) has sanctioned five players, including three from Bangladesh -- Towhid Hridoy, Shamim Hossain and Rakibul Hasan --and two from India -- Akash Singh and Bishnoi for the scuffle.

He was handed a total of seven demerit points. According to ICC, Bishnoi was punished for "language, actions or gestures which disparage or which could provoke an aggressive reaction from a batter" after dismissing Avishek Das.

Bangladesh U19 Ravi Bishnoi Under 19 World Cup 2020 Cricket
Get the latest updates on ICC T20 Worldcup 2022, check out the Schedule and Live Score. Like us on Facebook or follow us on Twitter for more sports updates. You can also download the NDTV Cricket app for Android or iOS.