Yashasvi Jaiswal, Ravi Bishnoi Among 3 Indians In Under-19 World Cup Team Of The Tournament

Yashasvi Jaiswal finished top scorer of the Under-19 World Cup while Ravi Bishnoi was the highest wicket-taker. 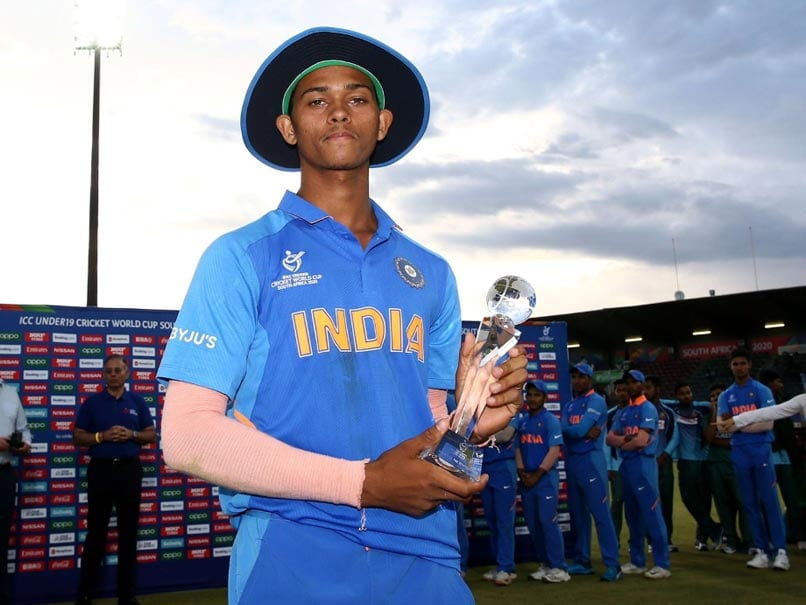 Yashasvi Jaiswal was the top scorer in the Under-19 World Cup with 400 runs.© ICC

Yashasvi Jaiswal, Ravi Bishnoi and Kartik Tyagi were the three Indians named in the Under-19 World Cup Team of the Tournament, which was announced by the International Cricket Council (ICC) on Monday. After a thrilling three weeks of competition, Bangladesh claimed their maiden U-19 World Cup title after defeating reigning champions India in the final in Potchefstroom, South Africa, on Sunday. The Tigers won a rain-affected final, chasing down India's 177 to win by three wickets via the DLS method, suitably capping off a thrilling tournament.

The Team of the Tournament, led by Bangladesh skipper Akbar Ali, has Jaiswal, who finished as the tournament's highest run-getter (400 runs), and leg-spinner Bishnoi, who finished with the most number of wickets (17). Pacer Kartik Tyagi also grabbed 11 wickets and impressed with his pace and guile.

The team features representatives from six countries with the likes of Ibrahim Zadran, Nyeem Young and Player of the Tournament Jaiswal in the team, the ICC statement said.

A five-member adjudication panel selected both the team and player of the tournament, with commentators Ian Bishop, Rohan Gavaskar and Natalie Germanos being joined by ESPN Cricinfo correspondent Sreshth Shah and ICC representative Mary Godbeer.

Sponsored by Vuukle
Comments
Topics mentioned in this article
Under 19 World Cup 2020 Yashasvi Jaiswal Ravi Bishnoi Ravindu Rasantha Kartik Tyagi Akbar Ali Cricket
Get the latest updates on IPL Auction 2023 and check out  IPL 2023 and Live Cricket Score. Like us on Facebook or follow us on Twitter for more sports updates. You can also download the NDTV Cricket app for Android or iOS.