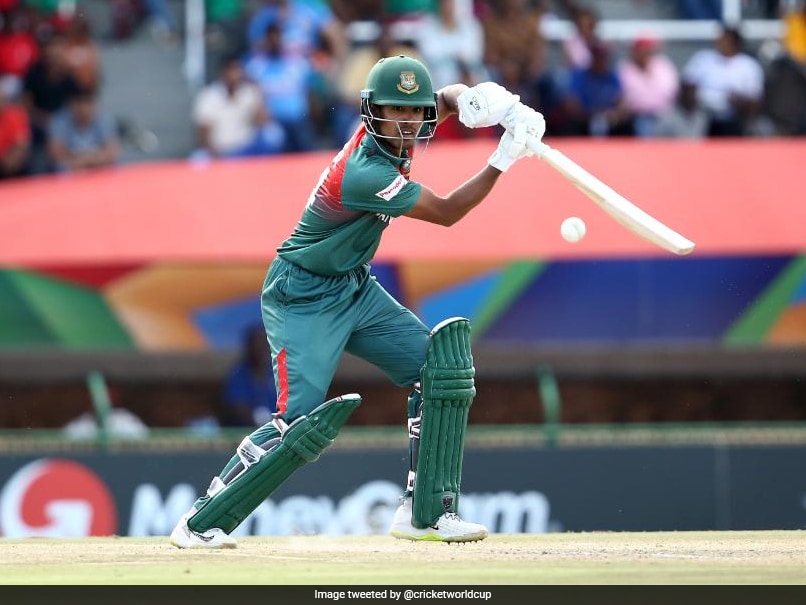 Bangladesh beat India by three wickets to clinch their maiden Under-19 World Cup title. Coming back from a collapse, Bangladesh captain Akbar Ali marshaled the lower order brilliantly to see his team through and register a historic win. Bangladesh bowled and fielded brilliantly to restrict India to 177 after winning the toss and electing to bowl first. Yashasvi Jaiswal's 88 was the only bright spot in India's batting lineup as Bangladesh kept the defending champions under pressure from the go. Bangladesh got off to a flyer with their opener putting on 50 runs before Ravi Bishnoi wreaked havoc with four wickets that swung the game in India's way. But Bangladesh captain Akbar Ali kept his calm and despite more wickets falling, took Bangladesh just inches away from making history. Opener Parvez Hossain Emon, who retired hurt in the middle with cramps, came back to top-score for Bangladesh with 47 runs. (SCORECARD)

Bangladesh U19 Under 19 World Cup 2020 India Under-19 vs Bangladesh Under-19, Super League Final Live Score Live Cricket Score Live Blogs
Get the latest updates on IPL Auction 2023 and check out  IPL 2023 and Live Cricket Score. Like us on Facebook or follow us on Twitter for more sports updates. You can also download the NDTV Cricket app for Android or iOS.