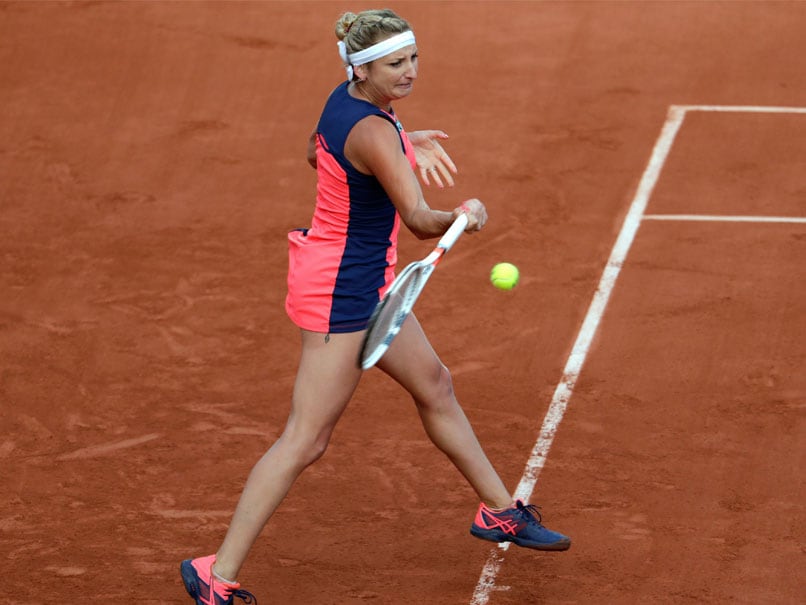 Swiss 30th seed Timea Bacsinszky reached the French Open semi-finals for the second time on Tuesday with a rain-hit 6-4, 6-4 win over home hope Kristina Mladenovic, the 13th seed. The 27-year-old, who also made the last four in 2015, will face unseeded Latvian Jelena Ostapenko who stunned Danish 11th seed Caroline Wozniacki 4-6, 6-2, 6-2 for a place in Saturday's final.

"I feel extremely privileged to be in a second semi-final at Roland Garros," said Bacsinszky, whose run to the last four two years ago was ended by Serena Williams in three sets.

Tuesday's match was one hour 49 minutes in duration but took the best part of six hours to complete after two rain delays - one lasting three hours.

"It was extremely difficult today. There was fine weather, then rain, wind and the clay was blowing in our eyes. I had to stay concentrated. I am sorry for the crowd but happy for me."

Meanwhile, torrential rain forced Rafael Nadal and Novak Djokovic's quarter-finals at the French Open to be delayed until Wednesday. Play was held up for over three hours on Tuesday before finally resuming at 1845 local time (1645 GMT) with the first two women's quarter-finals at Roland Garros.

Nine-time champion Nadal is due to take on compatriot Pablo Carreno Busta, while title-holder Djokovic faces sixth seed Dominic Thiem in a repeat of last year's semi-final. As a result of the downpours, all four men's quarter-finals will be played on Wedneday with Andy Murray against Kei Nishikori and Stan Wawrinka facing Marin Cilic.

Comments
Topics mentioned in this article
Timea Bacsinszky Rafael Nadal Novak Djokovic Tennis
Get the latest updates on IPL 2020, check out the IPL Schedule for 2020 and Indian Premier League (IPL) Cricket live score . Like us on Facebook or follow us on Twitter for more sports updates. You can also download the NDTV Cricket app for Android or iOS.