Rafael Nadal will be vying for his second Australian Open title against Roger Federer on Sunday. 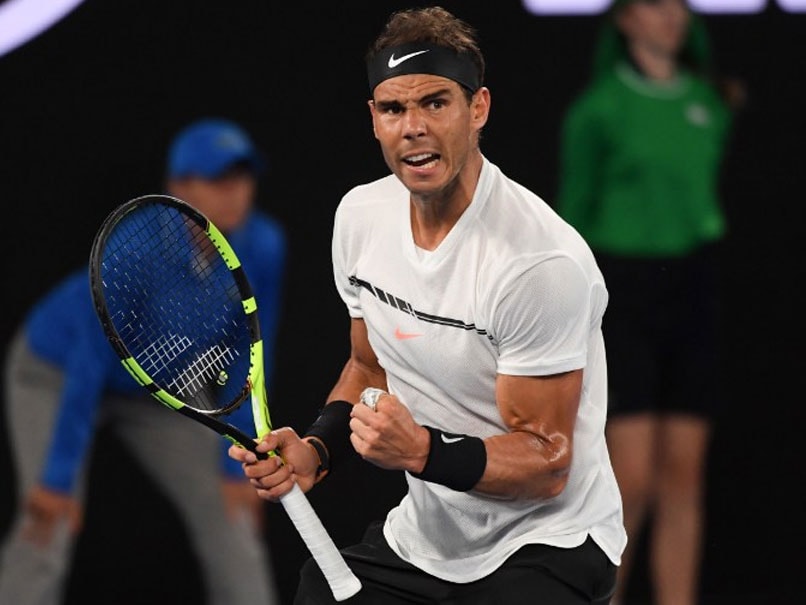 Rafael Nadal will take on Roger Federer in a Grand Slam final yet again on Sunday.© AFP

SpaniardRafael Nadal came out with all guns blazing to defeat Bulgarian 15th seed Grigor Dimitrov in a classic five-set battle to enter the men's singles final of the 2017 Australian Open and set up a dream clash against arch rival Roger Federer. Seeded ninth, Nadal beat Dimitrov 6-3, 5-7, 7-6(5), 6-7(4), 6-4 in four hours and 56 minutes in the semi-final at the Rod Laver Arena on Friday to give tennis fans exactly what they were waiting for - a Nadal vs Federer summit clash that too at a Grand Slam event.

Nadal had defeated 17-time Grand Slam champion Federer way back in the 2009 final in Melbourne to clinch the year's first Major title. He also reached the summit clash of Australian Open in 2012 and 2014 but lost to Novak Djokovic and Stan Wawrinka respectively.

Swiss maestro Federer had defeated compatriot Wawrinka in the first semi-final on Thursday to enter the final that will be held at Melbourne Park on Sunday.

Nadal and Federer will play a Grand Slam final for the first time since the 2011 French Open when the left-hander won in four sets.

Nadal showed his incredible fighting qualities to claw back from 0-30 down in the ninth game of the final set to break Dimitrov's serve with two tremendous chases and put away the winning volley to lead 5-4.

Dimitrov bravely saved two match points as Nadal served out for the match before the Spaniard clinched victory, sinking to his knees in relief and jubilation.

"It's difficult to describe my emotions." - @RafaelNadal is back into the final of a Grand Slam! #AusOpen pic.twitter.com/U6sy3CAoC4

Nadal said it was a "privilege" to face Federer in their ninth final.

"It's a very special thing, I think for both of us to be in the final of a major again and have another chance to compete with each other again after a couple of years having some problems," he said.

"I think both of us never thought we were going to be here again in the final of the Australian Open."

Nadal won through to his fourth Australian Open and his 21st Grand Slam final. He leads Federer leads 6-2 in their Major finals.

The 30-year-old Spaniard has been out of the Grand Slam limelight since his last title success at Roland Garros in 2014, as injuries sidetracked his glorious career.

Nadal is bidding to become the first man in the Open Era –- and only the third man in history –- to win each of the four Grand Slam titles twice.

Nadal and Dimitrov played each other to a standstill in Friday's epic, with two tie-breakers going either way in a semi-final that ran well past midnight.

Federer was watching on with relish as his rival in Sunday's final was taken the distance in a draining physical battle.

The last time both men's semi-finals went to five sets at any Slam was at 2009 Roland Garros, when Federer beat Juan Martin del Potro and Robin Soderling defeated Fernando Gonzalez.

Comments
Topics mentioned in this article
Rafael Nadal Roger Federer Grigor Dimitrov Stanislas Wawrinka Tennis
Get the latest updates on T20 World Cup, check out the T20 World Cup Schedule and Live Score . Like us on Facebook or follow us on Twitter for more sports updates. You can also download the NDTV Cricket app for Android or iOS.