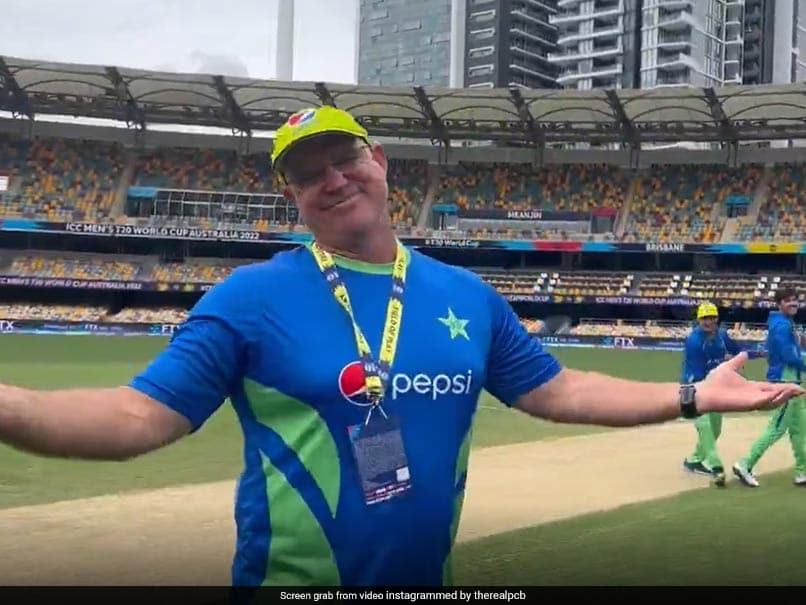 Ahead of the T20 World Cup 2022 where Pakistan will face India in their opening match, members of the Babar Azam-led team engaged in a fun competition in Brisbane, Australia. Pakistan team mentor Matthew Hayden gave a throw challenge to fast bowling duo Mohammad Wasim Jr. and Naseem Shah. Hayden offered Wasim and Shah a hundred dollars wach if he was able to throw the ball 'over the top of the stadium'. Wasim said that he was confident that he could throw the ball out of the stadium. However, he was not able to do so.

Pakistan were given a wake-up call in their recent warm-up game against England on Monday ahead of the 2022 T20 World Cup. They misfired in all departments and lost the match by six wickets. Though players like Babar Azam and Mohammad Rizwan did not play the game, the Pakistan XI had stars like Shan Masood, Shadab Khan, Asif Ali among others. Pakistan managed to score 160/8 batting first, but England chased down the target in just 14.4 overs. They begin their 2022 T20 World Cup campaign against India and before that their fitness level has failed to impress Pakistan great Misbah-ul-Haq.

"Clear cut, fitness issues are visible, Waqar left four times [as coach], I left once. Players like myself, Shoaib Malik, and Younus Khan were quite into fitness, and we used to push ourselves. Those who push others out of their limitations are not considered good trainers nor good coaches," Misbah, a former captain of the side, was quoted as saying by Cricket Pakistan.

Pakistan Cricket Team Matthew Hayden Naseem Shah Mohammad Wasim ICC T20 World Cup 2022 Cricket
Get the latest updates on IPL Auction 2023 and check out  IPL 2023 and Live Cricket Score. Like us on Facebook or follow us on Twitter for more sports updates. You can also download the NDTV Cricket app for Android or iOS.