The two players and their families were in holiday mood ahead of the Test series with South Africa. 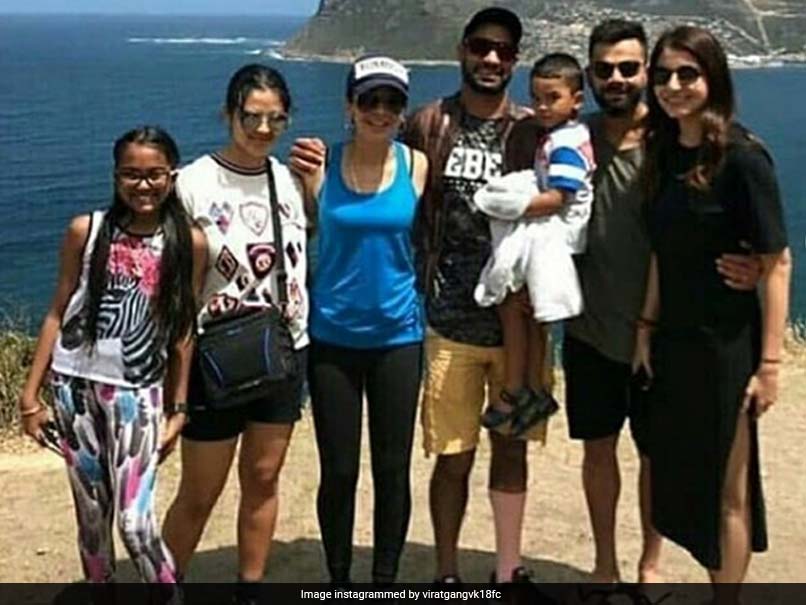 Newly-weds Virat Kohli and Anushka Sharma are making the most of their time in Cape Town.© Twitter

Newly-weds Virat Kohli and Anushka Sharma are making the most of their time in Cape Town. From shopping sprees to impromptu dance on the streets, the trip has garnered much attention. On Wednesday, Virushka spent a quality time with Shikhar Dhawan and family posing in the serene background of the city. The Indian opener shared pictures on social media with the caption, " Had great family time in the beautiful city of Cape Town. Looking forward to the match." India are scheduled to play the first Test of the series from January 5 against South Africa and it seems, the cricketers are balancing work and personal life in Cape Town quite well.

Had great family time in the beautiful city of Cape Town. Looking forward to the match. ????

Virat married actress Anushka Sharma on December 11 in Italy and after two receptions in Delhi and in Mumbai, the couple travelled to South Africa, where Virat is preparing for the series. Virat shared a photo with the wife and captioned it: "Cape Town is such a beautiful place anyways, and even more beautiful with my one and only!" Virushka had also shared a similar photo while wishing people on the New Year on social media.

Cape Town is such a beautiful place anyways, and even more beautiful with my one and only! ??? pic.twitter.com/1HHbK3Nt6z

Wishing you all a very happy, healthy and prosperous New year. Love and light to all. ???? pic.twitter.com/zYKWLXz6ka

The pair also caught up with actor Akshay Kumar, who is also in Cape Town on a vacation with his family. Akshay, who co-starred with Anushka in Patiala House, skipped the couple's Mumbai reception which was attended by top Bollywood celebs including Amitabh Bachchan, Shah Rukh Khan, Priyanka Chopra, Ranbir Kapoor, Sridevi and Katrina Kaif among others.

India will play three Tests at Cape Town, Centurion and Johannesburg followed by six One-day Internationals and three T20 Internationals in a series that is being called a litmus test for both Virat as captain and the team in general.

Comments
Topics mentioned in this article
India Cricket Team South Africa Cricket Team Virat Kohli South Africa vs India 2018 Cricket
Get the latest updates on ICC T20 Worldcup 2022 and CWG 2022 check out the Schedule, Live Score and Medals Tally. Like us on Facebook or follow us on Twitter for more sports updates. You can also download the NDTV Cricket app for Android or iOS.