India Vs South Africa 1st Test: Virat Kohli And His Team Face A Real Test Of Class And Character

Irrespective of how well the Indians have played at home, every series in South Africa has been a real test for all the players. 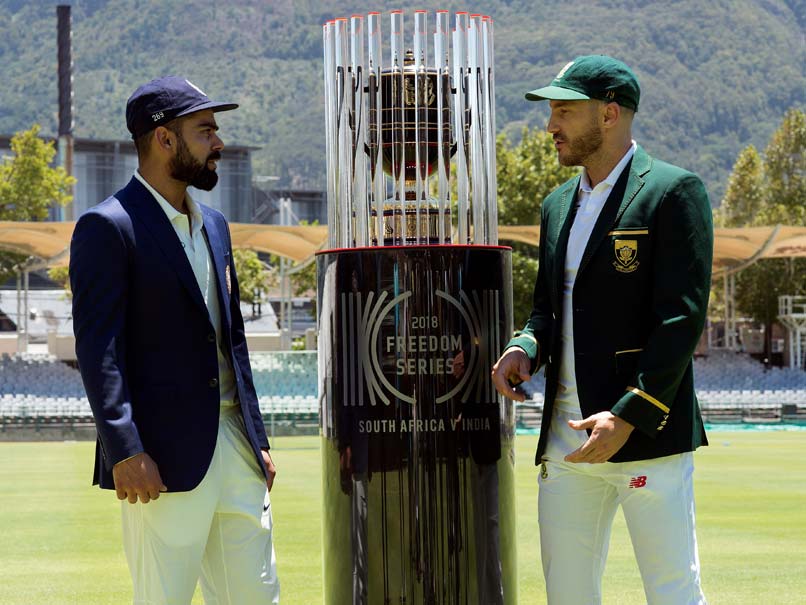 Since 1992, India have only won two out of 17 Tests played on South African soil.© AFP

South Africa has been equally a case of history and mystery, whenever India have toured the Rainbow Nation. History was created when India played the first-ever Test in 1992 in that country after decades of isolation due to apartheid. It was repeated in a different way when, in 2011, Sachin Tendulkar scored what eventually was his last Test century. The mystery was that of Pravin Amre, who scored an elusive century on debut for India at Durban in 1992, but was eventually dumped from the Indian team by 1994, in spite of returning an average of over 42.

The other mystery is the absence of Kingsmead, Durban, from the Test itinerary. With a large population of Indian origin, Durban would surely have been a big-ticket Test. But South Africa have won only four of nine Tests played there, so that one can be explained.

It also makes it pretty clear that the Proteas are not thinking of being hospitable hosts. They will Test India's class and character on the harder tracks of Cape Town, Centurion and Johannesburg.

The Newlands pitch at Cape Town however could well be a blessing in disguise for India. While it will be alien from anything they have played on for the last year or so, at least the lack of water, as has been reported in the media, has led to a little less irrigation of the square, and may well provide Virat Kohli and his boys with conditions closest to home.

It will however, as always, depend on the team's ability to take 20 wickets that will decide any match. In this direction, the Indian pace battery may not be as happy with the dry track.

India's bowling may well depend on how the likes of Mohammad Shami, Ishant Sharma and Bhuvaneswar Kumar do, since they are carded to be the ones to make the final XI in the 1st Test.

However, the onus may still fall eventually on Ravichandran Ashwin to deliver. Especially if India bat first. With Ravindra Jadeja on the doubtful list, Ashwin will have handle the spin department in a series which could also well be make or break for the off-spinner.

The batting will also be tested, but none of them are really threatened in terms of being dropped from the team, since they all seem to have Kohli's backing. Ashwin, on the other hand, may not necessarily do so.

Ironically, it will be the Mumbai duo of Ajinkya Rahane and Rohit Sharma who will in the hot seat if there are any questions about the batting. But that is just for now. Other may join that list as the series progresses.

India have of a poor record in South Africa as they lost five out of six series and drawn one.

Significantly, though, the Indians have pushed South Africa hard on their two most recent tours -- in 2010-11 and 2013-14, sharing the first series and narrowly losing the second.

Thirteen players of India's 2013-14 side are part of the current squad they have become a vastly more experienced team, which has become accustomed to winning.

Comments
Topics mentioned in this article
India Cricket Team South Africa Cricket Team Virat Kohli Ajinkya Rahane Shikhar Dhawan Rohit Sharma South Africa vs India 2018 Cricket
Get the latest updates on ICC T20 Worldcup 2022 and CWG 2022 check out the Schedule, Live Score and Medals Tally. Like us on Facebook or follow us on Twitter for more sports updates. You can also download the NDTV Cricket app for Android or iOS.