Suresh Raina made his comeback in the Indian team after a gap of one year. 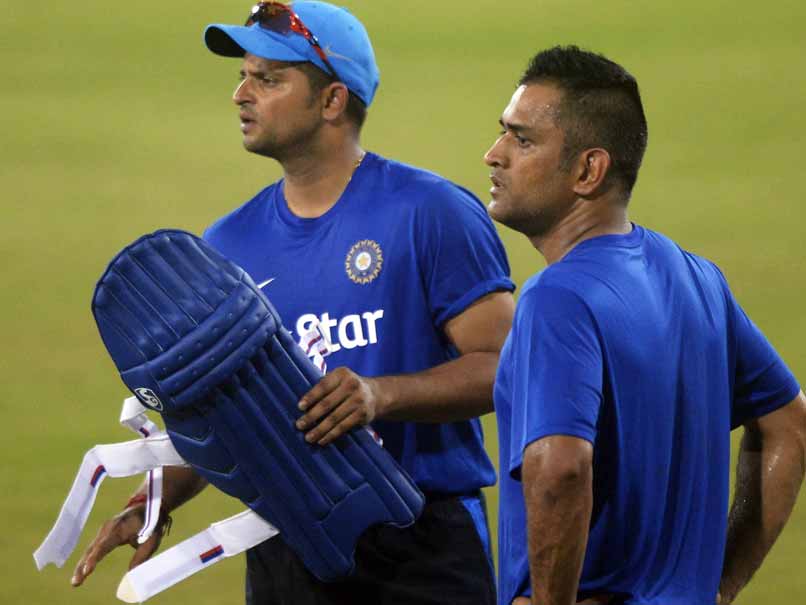 Suresh Raina was bowling against South Africa in the third and final T20I.© AFP

Mahendra Singh Dhoni may not be India's captain now, but you can't take the captain out of the wicket-keeper batsman. The 36-year-old has proved time and again that he is the best in the business despite handing over the baton to Virat Kohli. The Ranchi stalwart is often heard guiding and advising young players during the match and his instructions are often caught on the stump microphone. One such instance took place during the third and final T20I against South Africa in Cape Town when the former India skipper was heard giving instructions to Suresh Raina.

Raina was bowling the 14th over of the South African innings after Axar Patel conceded 16 runs off his first over.

Raina conceded three runs in his first three deliveries and just before he bowled the fourth, Dhoni was heard directing Raina on how to bowl the next delivery.

Despite Dhoni's instruction of not to dart the ball in, the off-spinner, perhaps having missed the instructions, did exactly the opposite. As a result, Raina was hammered for back-to-back boundaries by South African debutant Christiaan Jonker.

India, after posting a competitive total of 172/7 in 20 overs, beat South Africa by seven runs to clinch the three-match T20I series 2-1.

Sponsored by Vuukle
Comments
Topics mentioned in this article
India Cricket Team South Africa Cricket Team Suresh Raina MS Dhoni South Africa vs India 2018 Cricket
Get the latest updates on Fifa Worldcup 2022 and check out  Fifa World Cup Schedule, Stats and Live Cricket Score. Like us on Facebook or follow us on Twitter for more sports updates. You can also download the NDTV Cricket app for Android or iOS.