February 21 is when India begin their first Test against New Zealand at Wellington. It was on that very date, 39 years ago, that current Indian head coach Ravi Shastri made his debut for India at the same venue. 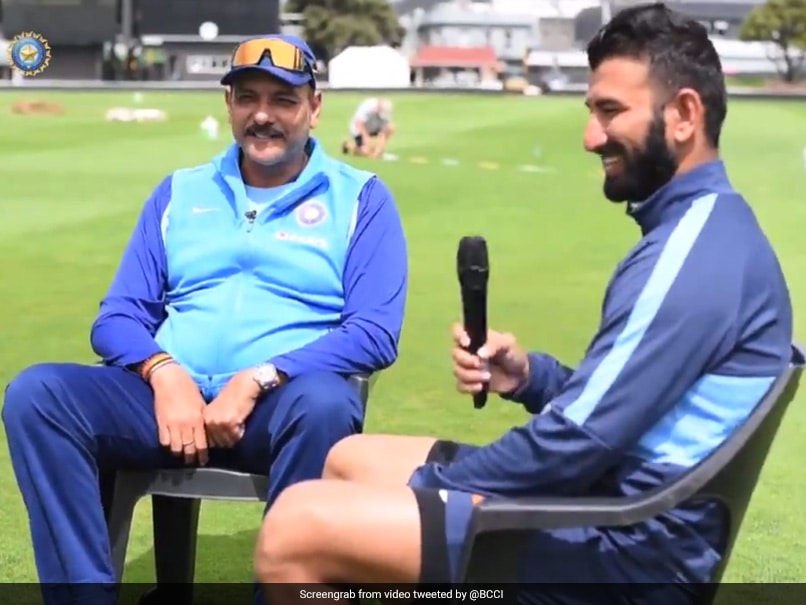 India will take on New Zealand on Friday in the first Test of the two-match series at the Basin Reserve in Wellington. Coincidentally, on the very same day in 1981, the two teams had faced each other at the same venue. That match was the first time that current India head coach Ravi Shastri played for the country. In an interview with Cheteshwar Pujara, tweeted by the Board of Control for Cricket in India (BCCI), Ravi Shastri took a trip down memory lane to recall his experience from 39 years ago.

EXCLUSIVE: Ravi Shastri Takes Us Down Memory Lane @cheteshwar1 chats with Head Coach @RaviShastriOfc on his Test career journey which started in Wellington - by @RajalArora

"I would have never believed I would come to the same ground, same venue, playing against the same opposition," Shastri tells Pujara in the video.

"I went into the dressing room, it's the same dressing room. Nothing has changed. The Basin Reserve, I made my debut here 39 years ago. I wouldn't have believed it. To the day, 21st February, I'd be back after 39 years," he says.

Asked about how he landed in New Zealand a day before the match, Shastri reveals how he went straight to the hotel and then to the ground the next morning for the game.

"I'll never forget that. I reached New Zealand at about 9:30 in the night. The late Bapu Nadkarni came to fetch me at the airport. The Indian team was at the high commission for their official do," Shastri narrates in the video.

"I went straight to the hotel and my roommate was Dilip (Vengsarkar) but there was no one in the room so I crashed out. Next morning, Sunny (Sunil Gavaskar) lost the toss, we were put in to field and there you were, you were playing the game and you were playing straight away," he says.

Ravi Shastri impressed with the ball on his debut, picking up six wickets over two innings even as India went on to lose the match by 62 runs.

"I think I was nervous. I was definitely nervous as one would imagine anyone playing his first game, but I bowled tidily and I got one wicket - of Jeremy Coney - and that got my confidence going," he says.

"Conditions were totally different from what you were used to playing in India or anywhere else in the world because there were blustering winds. It was a very very cold day. Thanks to Polly Umrigar's sweater. I didn't even have my own sweater," Shastri recalls.

Cheteshwar Pujara Cricket
Get the latest updates on IPL 2021, check out the IPL 2021 Schedule and Indian Premier League Live Score . Like us on Facebook or follow us on Twitter for more sports updates. You can also download the NDTV Cricket app for Android or iOS.