KL Rahul has been in supreme form, both as an opener in the T20 Internationals, as well as lower down the order in ODIs. 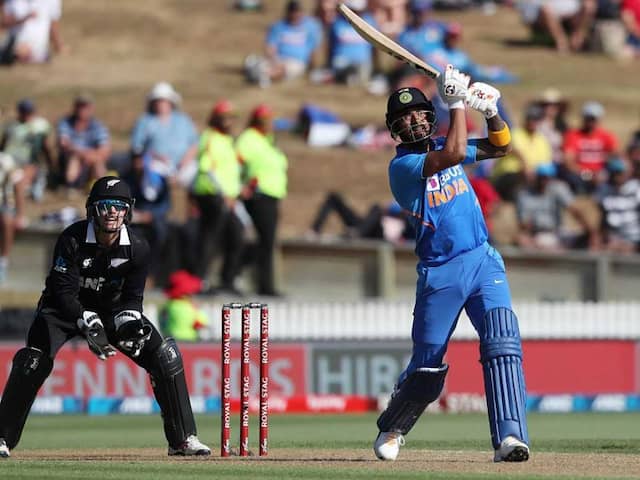 KL Rahul, is seems, can do no wrong. From opening the innings in T20Is and ODIs to being pushed down to a finisher' role at No. 5 in the 50-over format and being asked to keep wickets to leading the team in the absence of Virat Kohli and Rohit Sharma, Rahul has shone in every role. Coming into India's first ODI against New Zealand on the back of a very good T20 International (T20I) series, Rahul dazzled again, smashing an unbeaten 88 off just 64 deliveries in Hamilton as India put on a grand total of 347 on the board for the hosts to chase.

Former India player Mohammad Kaif took to Twitter to praise the stylish batsman for his ability to adapt and take on different roles and responsibilities, describing him as "India's very own Swiss Knife".

Despite regular openers Rohit Sharma and Shikhar Dhawan missing the match with injury, Rahul was asked to play lower down the order to get used to that role. In the form of his life with the bat, Rahul played a devastating knock to help India put on a big total after being asked to bat first.

Rahul, who was adjudged Man of the Series in India's 5-0 drubbing of New Zealand in the T20Is, came in to bat in the 29th over and put on a 136-run stand with centurion Shreyas Iyer before helping India finish big along with Kedar Jadhav.