IPL 2022: Yuzvendra Chahal had some fun with the bat in the Rajasthan Royals nets. 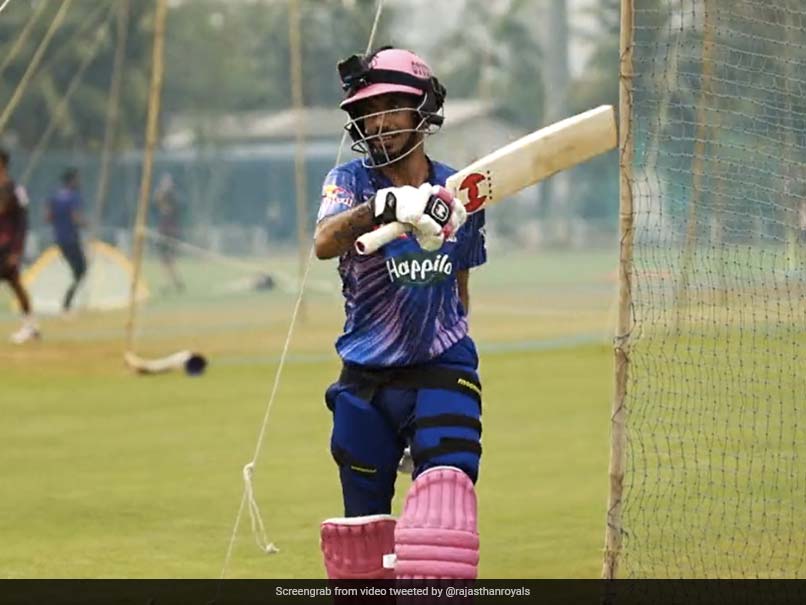 Yuzvendra Chahal may be the leading wicket-taker in the ongoing Indian Premier League (IPL) season, but the leg-spinner seems intent on making an impact with the bat for Rajasthan Royals (RR). In a hilarious video shared by the franchise, Chahal can be seen trying his luck with the willow in the nets, with a Go Pro camera attached to his helmet. While he blocked out most of the deliveries thrown at him, he did try to hit a few big shots as well. As he walked out of the nets, he imitated Chennai Super Kings captain Ravindra Jadeja's sword celebration that the all-rounder does upon scoring a half-century or a hundred.

RR opener Jos Buttler engaged in some banter with Chahal, but the witty leggie quickly chirped back to him asking if he was jealous that he may now face some competition for the opening slot.

Both Buttler and Chahal have been key for RR this season.

The Sanju Samson-led team are on top of the IPL 2022 points table, with three wins in four matches. Chahal, with 11 scalps, is the leading wicket-taker this season so far.

Buttler, meanwhile, is leading the run-scoring charts with 218 runs so far. The swashbuckling Englishman has hit the only century of the season so far and has another half-century to his name.

The Royals will take on Gujarat Titans on Thursday at the DY Patil Stadium in Navi Mumbai. The team that wins the match will end the day as table-toppers.

Ravindra Jadeja Cricket
Get the latest updates on Fifa Worldcup 2022 and check out  Fifa World Cup Schedule, Stats and Live Cricket Score. Like us on Facebook or follow us on Twitter for more sports updates. You can also download the NDTV Cricket app for Android or iOS.