Video: Elderly Fan In Pain After Being Hit By RCB Star's Massive Six 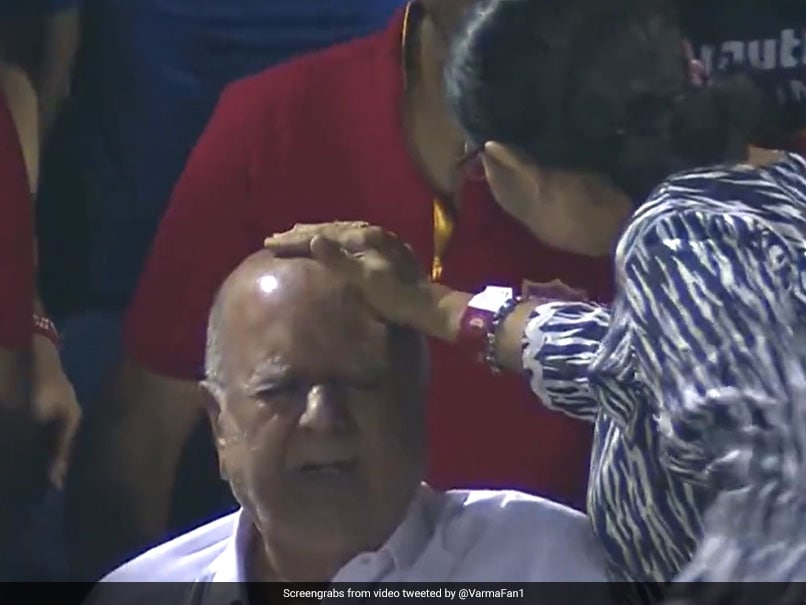 A fan was seen injured after a six hit by Rajat Patidar.© BCCI/IPL

During Royal Challengers Bangalore's defeat to Punjab Kings on Friday, Rajat Patidar hit a massive six that ended up injuring one unfortunate fan. During the ninth over of RCB's chase of 210, Patidar smashed Harpreet Brar over cow corner. The ball travelled a huge distance and hit a part of the stands under the railing and ended up hitting the fan. The camera panned to show a lady in the stands attending to the elderly fan, who looked to be in discomfort.

Patidar's six was a massive one at 102 metres. The right-hander ended up making 26 off 21 and was dismissed by Rahul Chahar.

Earlier, some top-order carnage from Jonny Bairstow (66 off 29) and a strong finishing knock by Liam Livingstone (70 off 42) powered Punjab Kings to a huge total after they were put in to bat.

Bairstow's brilliant start powered PBKS to the highest score by any team in the Powerplay this season.

Wanindu Hasaranga struck twice for RCB, while Harshal Patel returned figures of 4/34, but their heroics were not enough to contain Punjab to a chaseable total.

RCB remained at fourth after the match, with 14 points from 13 matches.

Punjab Kings Rajat Patidar Royal Challengers Bangalore vs Punjab Kings, Match 60 Cricket
Get the latest updates on Fifa Worldcup 2022 and check out  Fifa World Cup Schedule, Stats and Live Cricket Score. Like us on Facebook or follow us on Twitter for more sports updates. You can also download the NDTV Cricket app for Android or iOS.