IPL 2022: During the 17th over of Mumbai Indians' innings, MS Dhoni plotted the dismissal of Kieron Pollard, who was batting on 14 off 8 deliveries. 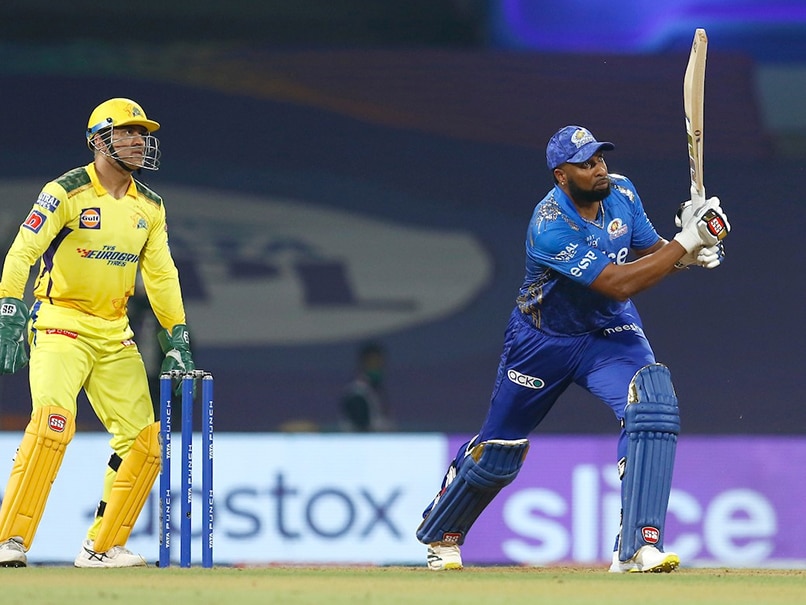 Watch: How MS Dhoni plotted Kieron Pollard's dismissal in the 17th over.© BCCI/IPL

Two of the most successful teams in the history of the Indian Premier League (IPL), Mumbai Indians and Chennai Super Kings, faced off in Match 33 of the ongoing IPL season at the DY Patil Stadium in Navi Mumbai on Thursday. Despite their rich history in the tournament, both MI and CSK have gotten off to poor starts in the ongoing season. While CSK are 9th in the points table, MI remain at the bottom of the points table, having failed to win a single game so far. As both teams took on each other on Thursday, MS Dhoni rolled back the years with a match-winning performance with the bat.

With CSK needing 156 runs to win the match, Dhoni slammed an unbeaten 28 off just 18 balls as the four-time champions managed to score 17 runs off the last over.

However, during Mumbai's innings, Dhoni once again proved why he is regarded as one of the sharpest minds in world cricket.

During the 17th over, Dhoni plotted Kieron Pollard's dismissal.

While Pollard was batting on 14 off 8 deliveries, Dhoni decided to make a slight change to the field placement.

Sri Lanka spinner Maheesh Theekshana bowled a short-pitched delivery, which Pollard tried to hit over the bowler's head for a six.

MS Dhoni set field and next ball Pollard out

CSK registered their second win of the tournament, but remain 9th in the table.

MI, on the other hand, became the first team to lose their first seven games in the IPL.

Kieron Pollard Dr DY Patil Sports Academy, Navi Mumbai IPL 2022 Cricket
Get the latest updates on ICC T20 Worldcup 2022, check out the Schedule and Live Score. Like us on Facebook or follow us on Twitter for more sports updates. You can also download the NDTV Cricket app for Android or iOS.