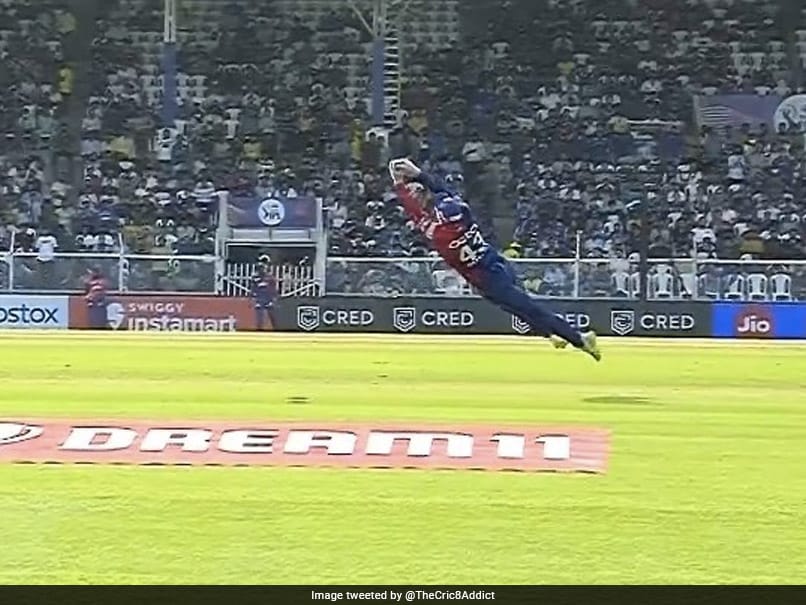 Tim Seifert was in fantastic form during Delhi Capitals' (DC) win against Mumbai Indians (MI) in Match 2 of the ongoing Indian Premier League (IPL) 2022 on Sunday. Other than his crucial 21-run knock during the chase, the New Zealand cricketer took a fantastic catch to send Kieron Pollard back to the pavilion during MI's innings. During the fifth delivery of the 16th over, Pollard received a delivery from Kuldeep Yadav, on middle. The all-rounder pulled it flat, but Seifert was standing inside the ring at mid-wicket. The Kiwi dived to his left instinctively and caught the ball with much aplomb.

Here is the video of Seifert's stunning catch to dismiss Pollard:

For DC's bowling department, Kuldeep was in top form and took three wickets.

Kieron Pollard Delhi Capitals vs Mumbai Indians, Match 2 IPL 2022 Cricket
Get the latest updates on Fifa Worldcup 2022 and check out  Fifa World Cup Schedule, Stats and Live Cricket Score. Like us on Facebook or follow us on Twitter for more sports updates. You can also download the NDTV Cricket app for Android or iOS.