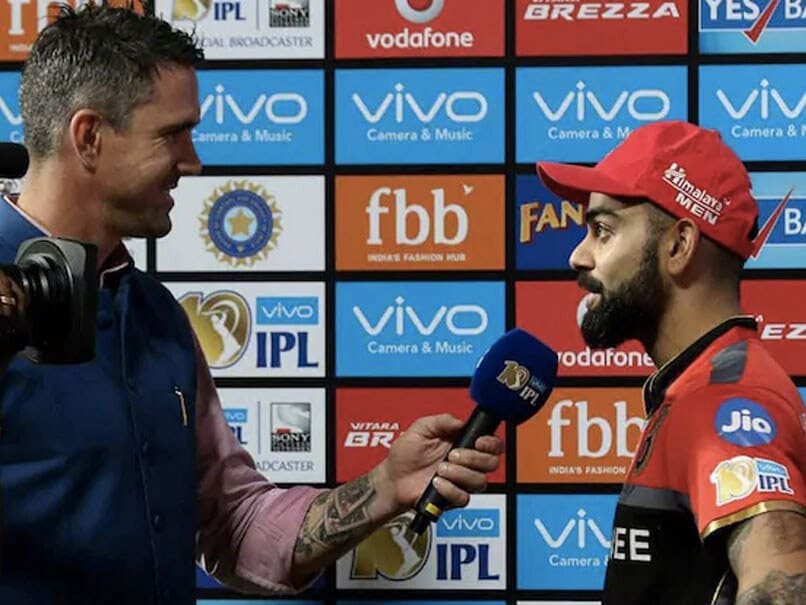 Virat Kohli has already etched his name in the top echelons of the game thanks to some stupendous performances with the bat. But the Indian run-machine is going through a lean patch in his career. On Saturday, Kohli was dismissed a for a golden duck by Marco Jansen as SunRisers Hyderabad decimated the Royal Challengers Bangalore to register their fifth straight win. Kohli was dismissed for a golden duck in RCB's previous match against Lucknow Super Giants -- something of a rarity for him to be dismissed for consecutive golden ducks. The former skipper has scored a total of just 119 runs in eight games in IPL 2022 at an average of 17, which has led many fans to wonder if Kohli's best is past him. However, former England star Kevin Pietersen came out in defence of Kohli.

"You want a fact? Every single great of our game has been through what Virat is going through. Want another fact? They all get through it and deliver on the big stage again," tweeted Pietersen.

You want a fact?

Every single great of our game has been through what Virat is going through.

They all get through it and deliver on the big stage again...

Actor Suniel Shetty responded to Pietersen's tweet and wrote: "One legend talking about they other … Respect!"

One legend talking about they other ... Respect!!

On Saturday, RCB were completely blown away by SRH bowlers. After being put into bat, Faf du Plessis' side found itself in sorts of problems as early as the second over. SRH pacer Marco Jansen took three wickets in over, including that of du Plessis and Kohli.

Jagadeesha Suchith took two wickets as RCB were packed off for a paltry 68 in 16.1 overs.

SRH made short work of the chase as Abhishek Sharma smashed a 28-ball 47 to help his team reach the target in just eight overs.

Virat Kohli IPL 2022 Royal Challengers Bangalore vs Sunrisers Hyderabad, Match 36 Cricket
Get the latest updates on ICC T20 Worldcup 2022, check out the Schedule and Live Score. Like us on Facebook or follow us on Twitter for more sports updates. You can also download the NDTV Cricket app for Android or iOS.