Actor Ranveer Singh, who played the role of Kapil Dev in the movie 83, is impressed with three Indian youngsters in the Indian Premier League (IPL) 2022 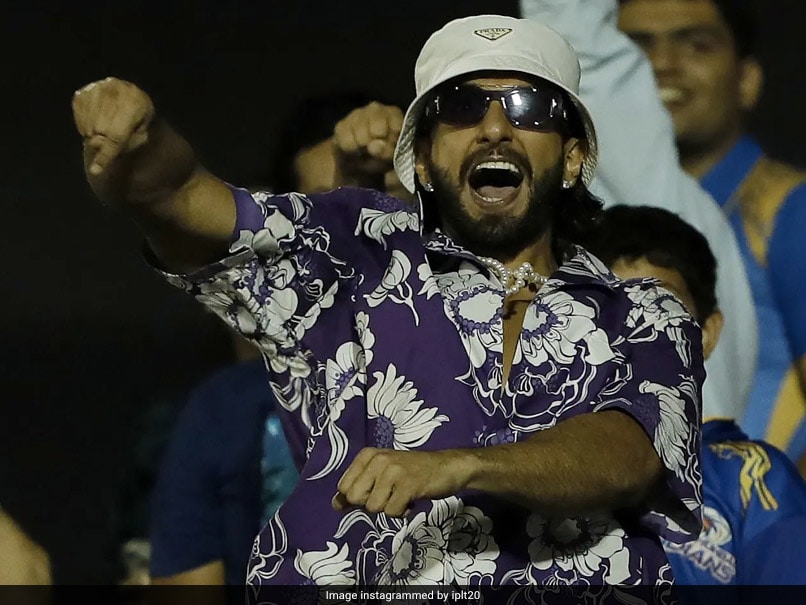 Ranveer Singh's affinity with cricket goes beyond the screen. The actor recently played the role of 1983 World Cup-winning captain Kapil Dev in the movie '83' - which was based on Indian cricket team's famous triumph. He has also been following the Indian Premier League (IPL) 2022 and three youngsters have impressed him the most. Those three are Sunrisers Hyderabad pacer Umran Malik, Mumbai Indians middle-order batter Tilak Varma and Lucknow Super Giants batter Ayush Badoni.

"Tilak Verma, Umran Malik and Aayush Badoni have big future prospects. It is exciting to see them play. I think all these players are the future of Indian cricket. Especially Tilak, he has played several good and mature innings for Mumbai Indians in the most difficult situations. I am seeing him play for Team India in all three formats very soon," Ranveer Singh was quoted as saying in a statement issued by Star Sports,

Ranveer also praised RCB captain Faf du Plessis for leading his team from the front. "Du Plessis is one of the most exciting batsmen in the world. It is a pleasure to watch him play. When he opens the mouth of his bat it is poetry in motion," he said.

Varma has been a bright spot for MI in an otherwise forgettable outing. The left-handed batter is their top-scorer with 328 runs in 10 matches at an average of 41.00. He has scored two half-centuries so far.

SRH pacer Umran Malik has impressed everyone with his speed. He has bowled the fastest delivery of the IPL 2022 at 157kmph. he has picked 15 wickets in 11 matches. In 11 matches for LSG, Badoni has scored 153 runs.

Sunrisers Hyderabad IPL 2022 Cricket
Get the latest updates on Fifa Worldcup 2022 and check out  Fifa World Cup Schedule, Stats and Live Cricket Score. Like us on Facebook or follow us on Twitter for more sports updates. You can also download the NDTV Cricket app for Android or iOS.