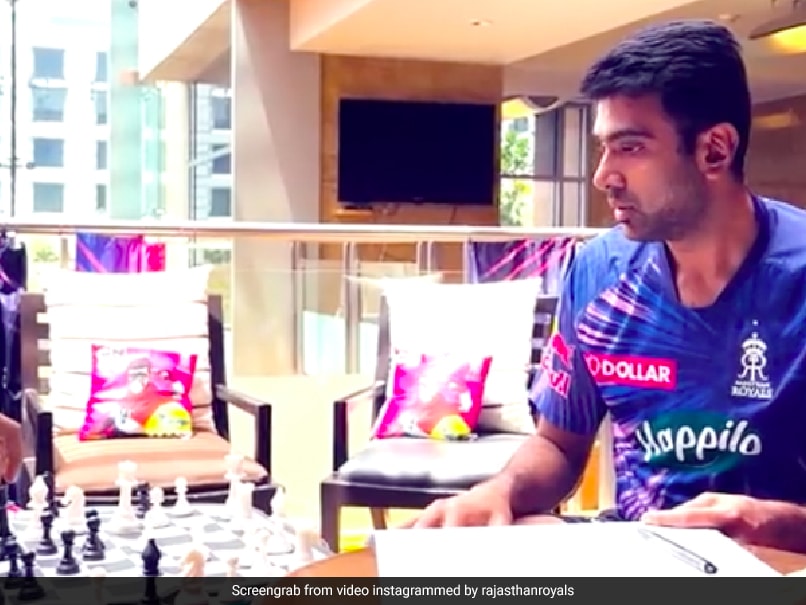 Amidst back-to-back games and relentless pressure of performances and results in the ongoing Indian Premier League (IPL) 2022, Rajasthan Royals' (RR) players Ravichandran Ashwin and Yashasvi Jaiswal got themselves some off time to play a game of chess together. Both players were spotted in the middle of an intense game as RR posted on their official social media handles with a caption that read: "Prof Ashwin ke daayein haath ka khel. #RoyalsFamily | @ashwinravi99 | @yashasvi_."

Here's the video of both players enjoying a game of chess together:

Ashwin has been tremendous this IPL 2022 and has already been in the wickets and runs for RR. In 10 matches so far, he has taken eight wickets at an impressive economy of 7.10. With the bat, he has scored 83 runs at a brilliant strike-rate of 145.61.

On the other hand, for Jaiswal, the going has been tough in IPL 2022. He has played only 3 games where he accounted for 25 runs. However, the classy left-hander could get a look-in in the coming matches for RR.

The Sanju Samson-led side has been is currently placed 3rd in the IPL 2022 Points Tables with 6 wins from 10 games.

They will face Punjab Kings at the Wankhede Stadium in Mumbai on May 7.

Ravichandran Ashwin Yashasvi Jaiswal IPL 2022 Cricket
Get the latest updates on Fifa Worldcup 2022 and check out  Fifa World Cup Schedule, Stats and Live Cricket Score. Like us on Facebook or follow us on Twitter for more sports updates. You can also download the NDTV Cricket app for Android or iOS.